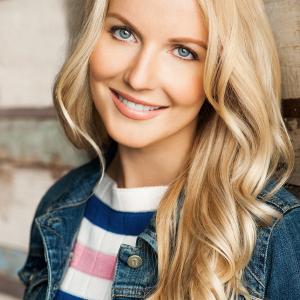 In September 2019, the “White Chicks” actress Lucia Oskerova got engaged with her boyfriend “The Breakfast Club” actor Anthony Michael Hall.

Oskerova and fiance Hall along with other members of their family were on a trip to Taormina, Sicily, Italy. While there, the “Jhonny Be Good” actor proposed in the presence of their beloved ones with a beautiful ring. Not surprisingly, Oskerova replied with the “magic word.”

Hall then went on Instagram to share the captured moments with their fans. He made a collage of pictures with Oskerova’s ring in the middle surrounded by multiple family pictures.

He captioned with multiple hashtags like “#proposal,” “#loverconquersall,” “#theone” and “#lovewinsalways.” 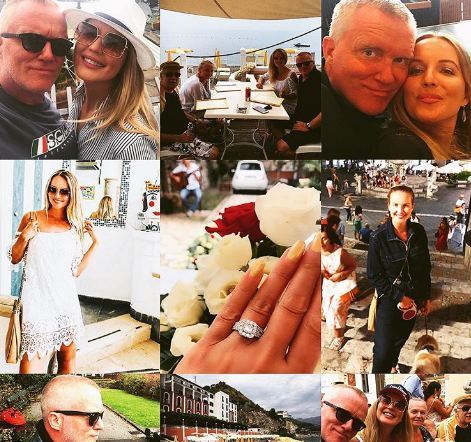 Fans instantly congratulated the happy couple for their big moment.

Lucia Oskerova started dating Anthony Michael Hall back in 2016 when they met on the set of “War Machine.” As paparazzi spotted them on several occasions, the rumor of them dating started.

No dating history of Oskerova could be found on record since the “Once Upon A Time In Hollywood” actress loves keeping her private life hidden.

The ‘War Machine‘ starlet’s charismatic body figure and beautiful face make her look younger than her actual age — though no exact number was ever recorded. It is also difficult to ascertain her date of birth.

Not much about her family has been shared but she once spoke about her love for her biological grandma.

Concerning ethnicity: Oskerova boasts Slovakian heritage. Talking education, she studied all over the world — from Germany to the US. The celebrated model possesses an Interior Design & Architecture degree from the British Columbia Institute of Technology.

Meanwhile, Larry Moss and Eric Morris are her acting coaches.

At the tender age of 15, Oskerova was scouted. In subsequent years, she modeled for Dolce & Gabbana, Prada, Dior, Chanel, Fashion Rocks, Leone, Boboli, and Vetrina.

Lucia Oskerova debuted her film career with the 2004 “White Chicks.” Appearance on the talk show ‘Conan’ in 2010 helped her boost her career. Quentin Tarantino feature film “Once Upon A Time In Hollywood” further put her in the spotlight.

In 2019, Oskerova starred as “Stardust” in the film “VHYers.” Also that year, she landed a role in the flick “A Good Girl.”

Oskerova has worked with several veterans of her field like BradPitt, Leonardo Dicaprio, Al Pacino among several others.

With her keen choice of movies for her acting and modeling career, Oskerova has amassed an $800k plus net worth.