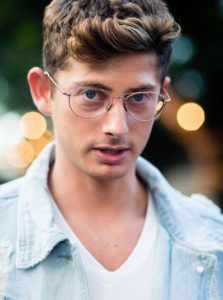 After years of winning his native audiences, Amit Rahav — an Israeli actor — gets an even better platform to impress an even bigger mass of spectators as he signed up for Netflix’s limited series, Unorthodox.

Since the beginning of the audition, Amit left the showrunners “blown away” with his “natural talent.” He got picked to play actress Shira Haas’s character, Esther Shapiro’s “just very naive and innocent” husband, Yakov “Yanky” Shapiro.

The English and Yiddish-language production, which quickly climbed off the charts, is inspired by author Deborah Feldman’s memoir of the same. The show’s makers and critics claimed Unorthodox — an amazing tale about standing out, fitting in, and finding voice amidst adversity.

Further in the article, get to know one of its actors, Amit Rahav, in detail — all about his wiki (bio), family background, net worth, his movies, TV shows, girlfriend, and dating status.

Amit Rahav, age 24 as of the year 2019, grew up celebrating his birthday every year on the 9th of August.

When it comes to his personal life, Amit Rahav was yet to reveal the details to his parents and siblings.

Nonetheless, a glance over his Instagram gave away the fact that he has a sister named Maayan Rahav, with whom he shares a very special bond.

Also, Amit wished his mother on her birthday on 15th February 2020, as he jested — “My mom is 28 today! Happy birthday.” No doubt, he was indicating how young and gorgeous she looked, unlike her actual age. 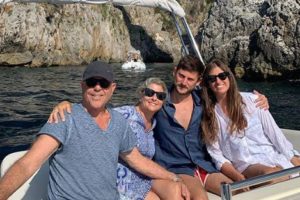 Up until May 2020, Amit Rahav amassed 167K followers on his Instagram account. On it, he constantly shared the progress of his career and pictures with his family members.

Meanwhile, it seemed Amit was not verified on Twitter.

The mesmerizing blue eyes and brown hair also add up to his handsomeness.

As an actor, Amit Rahav loves challenging himself and therefore aims to do all kinds of character — the more varied and exemplary, the more he enjoyed his job.

In the process, Amit became the first artist to portray a gay character in the Israeli children’s show biz. He played the character, Aviv in Israel’s first-ever coming out story on Children’s Channel’s hit TV show back in 2016.

And the fact that Amit had never been spotted with a possible girlfriend gave birth to gay rumors.

And yes, Amit is a proud gay man. Speaking on his coming out story, the actor once divulged:

“It wasn’t a surprise for my family because there really wasn’t a closet to come out of… Everyone knew and everything was on the table from very early in my life. There was no dramatic conversation. There was no agony. It was almost a joke. I went to my mom and I told her how I feel and she smiled at me and said ‘it’s really the surprise of the year.’ It wasn’t a big deal for anyone else in my family, including my grandmother and grandfather. That’s how it should be.”

Judging by his IG, Amit seemed to be dating Etai Ariav. Furthermore, the speculation first arose after they began appearing like partners in the intimate pictures.

Before, Unorthodox, Amit Rahav also appeared in the Hebrew-language movie The Dammed and TV shows like Wild Horses and Mishpaha Sholetet. Further, he also starred in the USA network thriller, Dig.

The young star has a long way to go in the upcoming days and someday he might just entertain his fans with the details on his private matters including $300 thousand net worth. Moreover, before making his TV debut, Amit served in the Israel Defense Forces theater.

On Netflix’s Unorthodox, rising actor Amit Rahav became the center of focus while playing the husband...