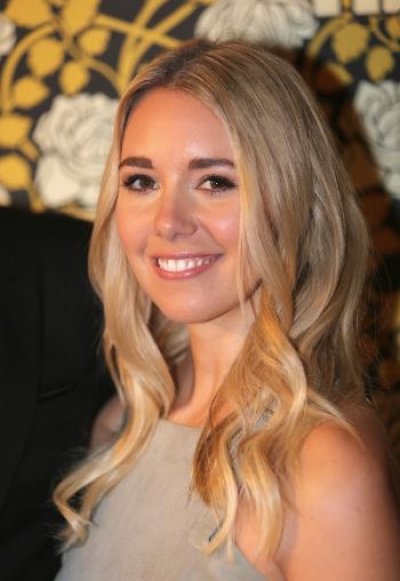 Mollie Gates, a renowned costume and wardrobe designer in Hollywood, made headlines several times in the past.

Sometimes when she commented— “I don’t get caught up in the hype of actors, but you can’t say it’s not exciting to see someone like Robert Pattinson walk on set, or to have an actress compliment me on my dress”. Or the time when her actor husband Thomas Middleditch shared some surprising ways he and Mollie made their marriage work.

This time though, the headlines were a bit saddening, especially for those who rooted unceasingly for Mollie and the Silicon Valley star’s chemistry.

Tune in, to know more!

Mollie Gates, who reached the age of 33 in 2020, grew up celebrating her birthday every year on the 6th of May. Therefore, her zodiac sign is Taurus.

For those who were wondering if Mollie Gates is the daughter of Microsoft co-founder Bill Gates— Mollie and Bill have nothing in common except their last name.

Together with his wife Melinda, Bill Gates has three grown-up children ranging in age from 17 to 23. And none of them is Mollie.

Bill Gates is not Mollie Gates’ father. She was instead born to her parents Jim Gates and Cindy Thomas Gates.

Last heard, her parents were based in Louisiana and her father was an attorney.

In the family, Mollie also has a sister who is named Rachel Gates Herbert. Rachel got married in 2009 and lived in Lafayette with her husband. There she also ran her real estate business.

Further, the Gates siblings were raised in Opelousas, Louisiana. They studied at the Academy of Sacred Heart in Grand Coteau, Louisiana. And Mollie graduated in the year 2005.

Until April 2021, Mollie Gates did not seem to be active on any of the social media platforms. And so as a result her fans rarely saw her daily.

The 90s show Sex and the City empowered many women through fashion. For local costume designer Mollie Gates, this became a perfect opportunity to get the first real taste of doing business in Hollywood. The job in the wardrobe department for the Sex and the City II feature film was indeed a big deal to her career.

Before this, amid a degree in Apparel Design at LSU, she worked with Paper Magazine clothing line and New York-based celebrity stylist.

Eventually, throughout her career, she got to design costumes for some of the most hyped projects like The Twilight Saga: Breaking Dawn – Part 1 and 2, Silicon Valley, Togetherness, Comedy Bang! Bang!.

For the net worth, Molli Gates supposedly hoarded more than $3 million.

Sadly, Mollie Gates parted with her husband Thomas Middleditch after more than four years of marriage. 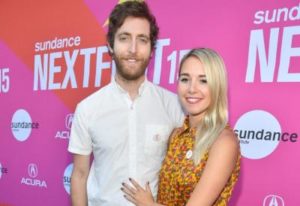 On 28th May 2020, Mollie filed for divorce citing irreconcilable differences. In the court documents, the date 22nd May was listed as their date of separation.

A source close to the couple told PEOPLE that Mollie was also asking for spousal support.

The news of their divorce surfaced nearly a year after the pair chose to have an open marriage after they got married in August 2015.

From the marriage, the couple did not seem to have any children.

Less than a year after filing for divorce, in April 2021, they finalized it. As E! News reported, Thomas agreed to pay Mollie $2.625 million in the divorce settlement.

Per the court documents, Mollie wouldn’t be receiving spousal support from Thomas. However, she would keep the assets she owned before their wedding. Meanwhile, Thomas agreed to retain a condo and home in LA as well as the houses located in Big Bear, California, and Nelson, British Columbia.

More From Us: Eustace Conway Wife, Married, Dead Or Alive, Net Worth, Now

Circa Sept 2020, Kim Cattrall returned to the eyes of the media when she revealed that she was going to move...