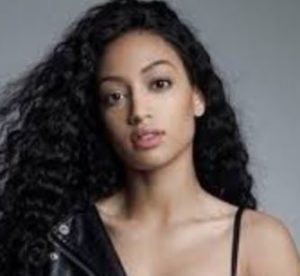 Samantha Logan is one of those multitalented divas of Hollywood, who are not only actors but also singers and dancers. Samantha is especially famous for her acting performance in 666 Park Avenue.

Read along to know more about Samantha Logan, including her net worth, ethnicity, and married status. Also, learn about her dating life and boyfriend!

Born as Samantha Jade Logan in 1996 in Boston, the “All American” actress celebrated her twenty-third birthday on 27 October 2019.

She was born in an American family of mixed ethnicity. Samantha’s father was of Trinidadian descent and her mother possessed Irish ancestry. Her family was torn when she was quite young as her parents got divorced. She was raised by her mother, Colleen Logan.

Since Samantha was interested in acting from a very young age, she moved to New York to pursue a career in acting at the age of 10. In New York, she was trained in acting, singing, and dancing.

Samantha Logan started her career with minor experiences in theatre. She made her screen debut in 2009 with The CW‘s TV show Gossip Girl. Her big break, however, came later in 2012 with ABC’s supernatural drama 666 Park Avenue.

Samantha has also acted in movies, the most significant of which are Alexander and the Terrible, Horrible, No Good, Very Bad Day, a family comedy, Polaroid, a supernatural horror, and the upcoming The Empty Man.

Thanks to her ascending career, Samantha’s net worth had swollen up to $500 thousand by the end of 2019 and was expected to keep growing. She also secured endorsements with brands such as Target and My Meebas.

An accomplished dancer, Samantha was a protege of some sort. By age 10, she was already touring. Famed choreographers Brian Friedman, Dave Scott, Mia Michales, and Laurieann Gibson shared the stage with her.

Beyond her life as a showbiz star, Samantha gets admired for her philanthropy. She worked closely with several charities including “5acres” and “IVHQ.”

Coming to her personal life, Samantha Logan started dating fellow actor Dylan Sprayberry sometime during 2017. Unlike some of the actors, Samantha was not shy about sharing the moments with her boyfriend on social media. 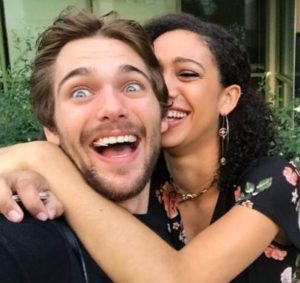 On Valentine’s Day 2019, Samanta shared a picture with her husband hopeful with a very cute caption professing her love for Dylan. After that, however, there was a long break on either’s social media regarding posts about each other.

The prolonged absence might not mean anything, or it might mean something significant. Samantha and Dylan could be married or broken up. The pendulum could have swung either way.

To those unknown, Dylan gets best recognized for performances on TV shows and movies such as “Common Law,” “Man of Steel,” “Teen Wolf,” “Glee” and “Criminal Minds.”