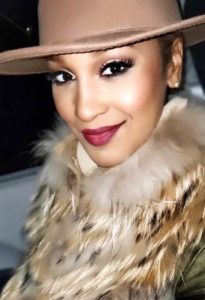 Scroll down as her life unfolds in a wiki-style article. By doing so, learn about her married status, net worth, and family background.

Olivia’s parents had a great love for each other.

When she lost her mother June Cleaver to Parkinson’s Disease in October of 2018, Olivia also discovered her parents’ love story. She praised her father of Indian descent for the way he cared for her mom.

The R&B songstress once reference her mother June’s 2014 diagnosis by writing,

“By 2016 my mom was drastically losing weight and could hardly do regular things on her own. My dad is the epitome of true love and humbleness. He took such great care of her in sickness and in health… “

Interestingly enough, there were no records of her siblings (as of mid-February 2020).

Olivia Longott’s music career took off when she got signed to Clive Davis’ J Records in 2000.

The beloved R&B songstress released an eponymous debut album Olivia (2001) under the record label in 2001. The said project debuted 55 on Billboard 200.

After the hit song with G-Unit, she was announced to be the front lady of G-Unit. In 2007, Olivia parted with G-Unit.

Olivia’s sophomore album titled Behind Closed Doors had no official release. The album leaked in 2009.

Around early 2020, Olivia hit the headlines after accusing former manager Rich Dollaz of stealing money. Understandably, Rich claimed innocence and even brought mama Dollaz to prove his innocence. The entire drama was chronicled on “Love And Hip Hop: New York.”

Soon after teaming up with G-Unit, the professional bond between 50 Cent and Olivia had turned into a romantic relationship.

After Olivia separated herself from the group, she started dating then-boyfriend Laz Alonso, an actor. Allegedly the pair’s affair started back in 2010.

Olivia was also rumored to be dating a one-time boyfriend and Love and Hip Hop co-star Maino. But neither of the party involved confirmed the relationship.

More on the romance: When the photo of Maino and Olivia’s intimate moment leaked, she had already onto the next one, former NBA star, Tarence Kinsey.

Like most of her previous relationships, Olivia’s romance with Tarence too didn’t last long. 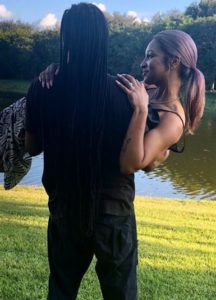 On 29 November 2019, Olivia hopped on her Instagram to announce that she was an engaged woman.

Furthermore, Olivia hash-tagged #IWasn’tHidingYouFromTheWorld and  #IWasHidingTheWorldFromYou — confirming that she preferred staying mum regarding her new beau as for now.

In the said post, Olivia labeled her mystery fiance “my fortress and my shield.” She also thanked him for re-instilling confidence in her.

Though Olivia hadn’t married at the end of 2019, taking her social media activity under consideration, it appeared she might’ve found the husband prospect for her.

To be the witness of a family struggling to be with each other has never been a pretty look. And if the same...

Intriguing the desires of the people to have a euphoric lifestyle, reality shows had gained a lot of audience...