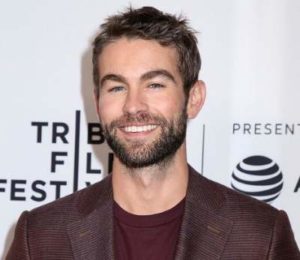 Its been almost a decade since The CW’s teen drama series Gossip Girl aired its very last episode. And, like every other star in the show, Chace Crawford too came across way many performances thus far. Most lately, he landed one of the main cast, Kevin / Deep, in the Amazon Prime original series The Boys (based on the comic book series of the same name).

Be that as it may, to us, he will always remain Nate Archibald from Gossip Girl— the stud-muffin always being fought over by Blair Waldorf and Serena van der Woodsen.

Now, here’s what you may need to know about him, and in real life.

Is Chace Crawford Married Or Dating?

Speaking to Us Weekly during the 2019 Tribeca Film Festival’s The Boys screening in New York, Chace Crawford admitted he had been casually dating hinting on his split with long-time girlfriend, Rebecca Rittenhouse. “I’ve been dating around a little bit, but, you know, nothing serious”— he said, at the time, revealing his being single.

Chace and Rebecca were first seen together in July of 2015 after meeting on the set of Blood and Oil. (Rebecca notably starred as Cody LeFever in ABC prime time soap opera Blood & Oil, and played a part in the Hulu romantic comedy The Mindy Project). 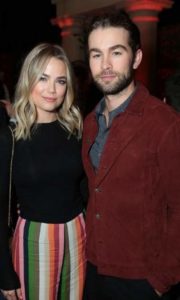 Chace and Rebecca made several public appearances together, but they hadn’t walked a red carpet since the Netflix Golden Globes afterparty in 2018’s January.

In July, the same year, Rebecca, for the last time, posted a snap of Chace on her Instagram. Celebrating his 33rd birthday, she called him “the sweet soul”.

Despite their breakup, the pair still followed one another on social media.

Before Rebecca, at some point in 2015, Chase was photographed making out with Manu Gavassi.

Also previously, between 2013 and 2014, he dated model Rachelle Goulding and Carrie Underwood from 2007 until 2008. Not to mention, the Family Guy star briefly dated American sportscaster and television personality Erin Andrews in 2012.

At one time or another, Chase was also linked with Taylor Momsen. Well, the hunk sure made quite a list of the famous exes.

All said, the query regarding his dating/marital status, at the time of this writing, still remained without shreds of evidence.

Although one thing’s for sure, never anywhere, in his official Wikipedia or IMBD pages, there has been made any reports on his being married or any woman referred to as his wife.

Despite Chase Crawford’s long list of partners of the opposite sex, time, and again, there has been a number of gossip websites making speculations surrounding his sexuality.

In response to this, back in 2008, in an interview with METRO, he had rebuffed the rumors saying:

“You’ve got to laugh it off. You haven’t made it unless there’s been a gay rumor about you. There are so many fabrications. They take your picture with someone and then say you’re having a relationship with them. I let it roll off my back.”

Also, at the time, he denied a secret gay fling with the American singer-songwriter Joshua Scott “JC” Chasez. 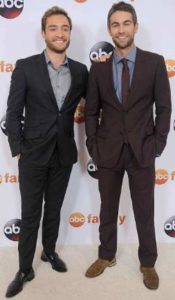 Like Chace, Ed too saw a never-ending gay speculations come his way.

Chace was born Christopher Chace Crawford to his parents Chris Wayne, a dermatologist, and Dana (Plott) Crawford, a teacher.

The Covenant star, standing to a height of 5 feet and 10 inches (1.78 meters) played football and golf in high school.

He struggled to identify a career path, wavering between advertising, business, and communications majors. Later, midway through his second year, his mother bucked him up to pursue acting, the career providing him with $6 million net worth (per 2010’s reports).