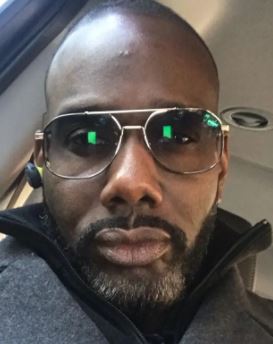 Starz’s P-Valley star, Nicco Annan emerged as fans favorite on the show in 2020. He played the role of uncle Clifford, the owner of The Pynk (strip club), and went by she/her pronouns.

While Nicco may appear as an unapologetically bold nonbinary character on the show, you may be wondering if he was gay in real life. And what about his spouse and early life?

If so, sit back and relax as we easy your curiosity through this wiki-style article on Nicco Annan. Moreover, get to know his height and net worth as the article proceeds.

Nicco Annan, full name Nathaniel Annan, celebrates his birthday every May 7. He had already passed 35 years of age by 2020.

Corresponding to his birthday, Nicco is of Taurus zodiac.

He is originally from  Detroit, Michigan but left the midwest to pursue his education in musical theatre at the State University of New York.

Also, Nicco is a religious person. He labeled himself as “Child of GOD” over Instagram and Twitter.

Taking about Nicco Annan’s family, he seemed close to his parents and relatives. They were often seen over Nicco’s Instagram (often in his hugs). In one of the posts, he shared,

“FamilyTime does my heart soooo good.”

As for his parents, his mother’s name is Sandra Nicco-Annan while his father remained anonymous. On mothers day 2020, he took it to Instagram to praise his mother as:

“My anchor, my cheerleader, my chastiser, my everything “

Also, Nicco loved his grandparents. In 2013, he shared that his grand aunt was the last of her siblings and she reminded him of his late grandma.

The most noticeable thing about Nicco would be his mark from his middle upper lip to the nose. It looked like he suffered an injury in the past.

Other than this, his distinct features would include his sexy voice and dark eyes.

You may like – Paapa Essiedu Gay, Partner, Net Worth, Parents, Siblings

Listing some of his entertainment credits are :

Furthermore, he worked as a dancer, choreographer, and director in both television and theatre. Also, he was the associate and theatrical director of Motivating Excellence, a commercial dance training program.

As of August 2020, Nicco Annan didn’t share any information on his spouse but he seemed open about his sexuality.

On an interview with Essence about his role in P-Valley, he shared,

“As a Black man and as a Black gay man, it’s very seldom that I get the opportunity to tell such a rich, lush story that really means something and that I really feel speaks to my community and can uplift us.”

Finally landing a role he wished for, Nicco was dedicated to his character. He wished that people would see Uncle Clifford, not as a drag queen nor a trans rather explore what gender fluidity looked like, or could look.

Also, on the show, Nicco was in a relationship with rapper Lil Murda (J. Alphonse Nicholson), with whom he went on to have an intimate scene.

If you are wondering whether Nicco and J. Alphonse were dating off-screen, then the answer is “No”. J. Alphonse Nicholson already had a beautiful wife, Nafeesha, and a kid.