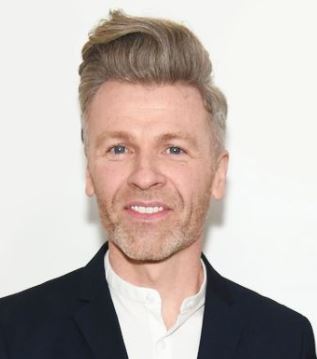 Meet Rob France, a persona who first came to the limelight as the husband to Netflix’s Queer Eye style guru, Tan France in 2020. Also, it was reported, Rob was the one who pushed Tan to accept Queer Eye when he almost turned it down.

Besides his popularity as Tan’s partner, Rob is also a celebrity on his own. He is an amazing artist, specializing in figure illustrations and abstract portraits. He would put original pieces up for sale every couple of months. Furthermore, you can find his works at robfranceillustration.com.

Divulge on the insides of Rob France as you tag along with this wiki-style article. Moreover, get to know his age, height, and net worth as the article proceeds.

Born in a small town in Wyoming, Rob lived in Salt Lake City for almost a decade. He shared that he moved there “for the universities, but stayed for the mountains and the attractive people.”

As for his hobbies, he loved traveling and was passionate about women’s fashion, and horror/sci-fi films.

Reportedly, Rob grew up in a religious family. His parents were involved in the family business to run a cowboy ranch in Wyoming.

As for his sibling, he has an older brother. Also, it was his brother who got him intrigued by art. When Rob was just a child, his brother brought home a picture he had colored in the art class. Rob was so interested in the picture that he stole it, cut his name off of the corner of the page, signed it himself.

Apart from this, Rob would visit the county library that had an old fantasy series about mermaids, unicorns, and other mystical things — this would later shape his taste in art.

Taking about his distinct features, Rob France has light blue eyes and is naturally light-red-haired.

Reportedly, his shoe size is 8.

As of Aug 2021, Rob had over 109K followers on his Instagram account @robfranceillustration. The account was filled with his illustrations and portraits and he would rarely appear in the posts.

Coming to his job, Rob was a pediatric nurse who drifted into art. Also, Tan shared that when he met Rob during a work trip in 2008, Rob used to work as a full-time nurse.

His journey as a professional artist started in a coffee shop. One evening, a man came up to him and told him he liked the style and implored him to try the Utah Arts Festival. So, Rob participated in the festival and has been tinkering in the art scene ever since.

As for his education, Rob is a self-taught illustrator. Though he always planned to get an education in art, he kind of taught himself through trial and error.

Also, he sold each piece as a unique, exclusive original — without producing prints or replicas. The prints ranged from $300 – $900.

You may like – Jacob Elordi Dating, Girlfriend, Gay, Movies

Rob and Tan France were married for over 10 years by 2021. They first met on a dating website in 2008 and it was their different religious backgrounds that brought them closer. His partner Tan is Muslim and didn’t drink or smoke either. Also, they practiced some of their religion’s practices together. 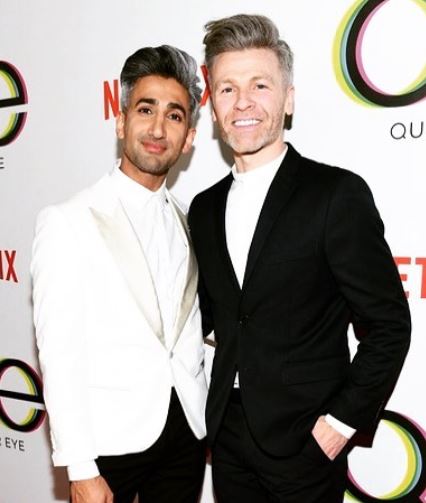 As they are of different religions, we can only imagine how difficult it must have been to manage the wedding. Also, there wasn’t an actual marriage proposal. They just agreed to marry someday and then fixed the date.

What’s more surprising is the Rob didn’t meet Tan’s family until 2019. Since Tan had a difficult time coming out to his family, he never shared about Rob and when he did, his family didn’t approve of it.

But after the release of Queer Eye, Tan’s family started to embrace him, and Rob. He shared— “Now they ask about Rob every time we Skype, and they’d literally never said his name before. For ten years they’ve never used his name. So now, it’s a very strange feeling with them over Skype. ”

Also, the duo revealed they were planning surrogacy to have children. They shared that having “six kids was enough”.

In April 2021, Rob and Tan finally announced they were expecting their first child via surrogacy. Via Instagram, Rob shared an illustration of a baby and wrote— “We have a beautiful little angel on the way and I didn’t think it was humanly possible to feel like this.”

On 10th July 2021, Rob and Tan welcomed their son Ismail France. However, the couple didn’t announce the baby news until August that year. According to Tan, Ismail arrived seven weeks early and therefore spent 3 weeks in the ICU.

Meet Jason Schanne is a name that was on the limelight for being the partner to ABC’s Dancing With...