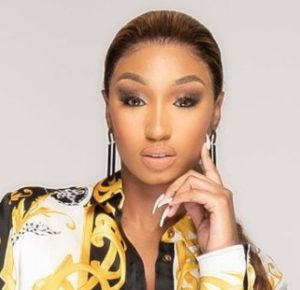 David “Ceaser” Emanuel, popularly known as only Ceaser Emanuel, is the cast-member of VH1‘s reality show Black Ink Crew, which followed the lives of staff at a tattoo shop in the Harlem neighborhood of New York City. Not only was Ceaser the crew member of Black Ink, but he was also the owner of the tattoo shop.

This article will be all about Suzette. Not only it will have information about her net worth, but it will also cover Suzette’s side of the story.

Realtor Suzette Samuel was born on November 8, 1987, which made her 33 years old in January 2021. She celebrated her 33rd birthday with her loved ones on November 8, 2020. Going by her birthdate, her zodiac sign was Scorpio.

Suzette Samuel was born in her hometown in the state of Georgia. Unfortunately, the talented credit specialist had to grow up without the love of her family since she was an orphan.

Not much information was available about her education. However, she revealed to her Instagram followers that she passed her state exam and became a licensed realtor on May 7, 2019.

Until January 2021, Suzette stood up tall at a height of 5 Feet 7 inches. She even flaunted appealing body measurements of 36-26-37 inches. Though it was never proved, Suzette was the subject of plastic surgery rumors for a long time.

Until the end of 2020, Suzette was super active on her socials, especially Instagram. Often, she posted stories of how she helped her clients. As of January 2021, her Instagram handle had a following of 168 thousand.

A lady with massive social media reach could also be found on Facebook. She, however, was not available on Twitter.

As of January 2020, Suzette was a licensed realtor and a credit specialist. She owned two companies, A & N Realty, a real estate company, and A & N Solutions, a credit company.

Although the companies were not something Suzette formed on her own, when the company faced some losses due to the incompetence of one of her business partners, she parted ways and started doing everything on her own.

Her knowledge of credit came from her own personal experience. As Suzette revealed, when she dramatically fixed her credit, other people came to her wanting their credits to be fixed.

Besides being a realtor and a credit specialist, Suzette was also an educator. She never missed out on an opportunity to conduct online classes for the people who want to learn about credit.

But, when she entered the job market, she was neither a realtor nor a credit specialist. In fact, she started her career as a bartender in a club in Atlanta.

Suzette Samuel’s net worth was reported to be around $ 1 million.

Though nothing much was known about Suzette’s past dating life, it was a known fact to her fans that she had two kids, both of whom were daughters. Suzette even revealed in one of her Instagram posts that it was challenging to raise daughters as a single parent.

Talking about her relationship with Black Ink Crew‘s Ceaser Emanuel, it was believed that the pair met when Ceaser visited her company to improve his credit.

Suzette even posted about the story of how Ceaser had no credit before their meeting. In an Instagram post on October 30, 2020, she wrote,

The powerful duo even celebrated their 8-month anniversary on September 20, 2020. Uploading a picture of herself and Ceaser, she wrote,

“A power couple: BOTH individuals bring something to the table, they learn from EACH OTHER, they SUPPORT one another and BUILD together 💕” 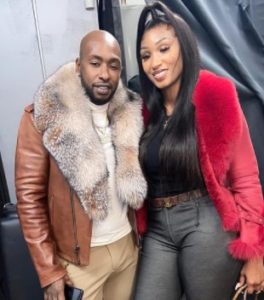 Suzette’s celebration post on the 8-month anniversary with her boyfriend, Ceaser.

All when everything was going well in their relationship, Ceaser’s daughter’s released her statement and accused her father of being physically abusive towards her.

In a series of Instagram stories and live, Ceaser’s daughter, Cheyenne, accused that Ceaser dragged her out of the show and stomped on her “like a dog in the street” while she was away from her mom, Crystal.

Cheyenne even told that Ceaser and Suzette had broken many bathroom doors to get to her all while being drunk.

After Cheyenne made all these claims, Suzette came online to reveal her side of the story. She revealed all of these dramas started when Cheyenne refused to wash dishes. Suzette wrote,

“She was [supposed]to wash dishes. You want $600 wigs but don’t want to wash dishes?!”, in an Instagram story.

“My daughter Cheyenne and I are not on great terms. However, I would never physically abuse her. I have only done what many parents would have when their child has crossed the line and that is discipline, my child.”