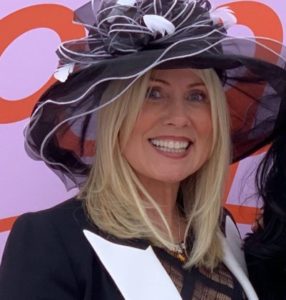 After the massive success of Real Housewives of Cheshire, ITVBe brought a brand-new version of the franchise, Real Housewives of Jersey, to the viewers on December 28, 2020. Following the personal and professional lives of seven housewives of the island, viewers expected to see all the housewives embrace Jersey’s tranquil beaches and glitzy parties. One of the most interesting contestants in the show was Margaret Thompson, a businesswoman, who literally rose from “nothing” to one of the well-known personalities in Jersey.

This article will cover the biography of Margaret. From her general wikis to net worth and personal life — learn everything about her here!

Margaret Thompson was born in a small family in a small town in Scotland. Like any other Scottish child, she had a decent upbringing. At 18, she moved to Jersey, Channel Islands.

As Margaret revealed in an introduction video, she had a very close relationship with her family members. She even told that her family would describe her as someone hardworking and a believer.

Margaret looked very young for a woman of 58 years old. That was why she was the subject of plastic surgery rumors for a long time.

As for her physical measurements, Margaret Thompson stood at an average height of 5 feet 4 inches. Meanwhile, at the time of this writing, her weight was 56 kilograms.

Margaret was very active in socials which made sense because she had a massive social media reach. As of December 2020, she ran four socials, a personal Instagram handle, an Instagram handle dedicated to her dogs, and two professional Facebook and Twitter accounts.

Margaret moved from her hometown in Scotland to Jersey along with her friends to work in the hotel industry in 1980. Although Margaret had only intended to work for one season and then return to her hometown, as it turned out she never returned to Scotland.

At that time, she was two weeks shy of 18 with no return ticket, no job, and only 37 pounds in her pocket.

Her first job upon landing at Jersey was dishwashing. Margaret might be a successful businessman now, but to get here she did every job she could find including picking potatoes and working in hotels and perfumery.

In September 2001, Maragaret opened Thompson Estates, with the prime objective of selling all the top residential properties of the island. Aside from Thompson Estates, Margaret owned other two successful state agencies in Jersey.

Margaret also owned one of the most popular restaurants in Jersey — where she threw some of the glamorous and extravagant parties.

Margaret joined Real Housewives of Jersey with the hope that people could finally see the “private side” of her life and realize that Margaret’s life is not always serious and professional as other people think.

The businesswoman made a heavy fortune by the end of 2020. As Margaret Thompson moved to 2021, her net worth was reported to be around $5 million.

As Margaret Thompson revealed in a 2020 interview, she was single and was looking for a perfect man in her life — a man who could fit into her hectic life.

As everyone already knew, the businesswoman divorced her husband. The answer to if Margaret had any kids was still unavailable to the Internet people by December 2020.

However, to compensate for the man in her life, Thompson Estate’s director had two dogs, Coco-Chanel and Bella Thompson, and often played with them in the beach area. 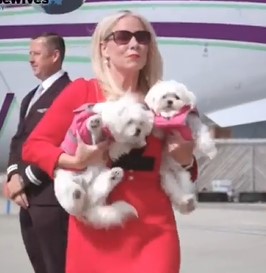 Margaret Thompson with her adorable dogs, Coco-Chanel and Bella Thompson.