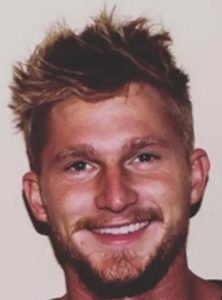 While some people know Blaire Hanks as an ex-boyfriend of Chrisley Knows Best star, Savannah Chrisley, the other lot know him for who Blaire is, an emerging country music singer whose self-titled debut extended play charted at #22 on the iTunes Country Chart.

Blaire, who got traction following the breakup with his now-ex-girlfriend Savannah in January 2017, recently shot into the limelight after his marriage to his long-time girlfriend Isabella in June 2020.

More about Blaire’s relationship with his ex-girlfriend Savannah and wife Isabella in the wiki-article below. Also, get insights into Blaire’s general wikis, net worth, and social media reach.

Blaire was born in a small town called Macclenny in Florida and almost spent his entire childhood there. He was born to his parents, Marty Hanks (father) and Heather Hanks (mother), with whom he shares a lively relationship.

Blaire stands tall at a height of 5 feet 9 inches.

On top of his musical success, Blaire also enjoys a massive social media reach. As of this writing, Blaire is available on Instagram, Facebook, and Twitter.

Blaire had a passion for songwriting from a very early age. At the mere age of 15, he began writing songs. As a teen, he performed in many local music events that made him popular all over his small town.

When he turned 19, Blaire moved from his hometown to Nashville, Tennesse to pursue his career in singing and songwriting.

Upon moving to Nashville, Blaire met Johnny T. with whom the country music artist collaborated on a few songs, which includes “Buzzin.”

Furthermore, the emerging artist has also shared a stage with popular artists like Dustin Lynch and Florida Georgia Line.

Blaire’s self-titled EP also charted at #22 on the iTunes Country Chart. Some of his singles, which are available on Spotify, from his album include Back to November, Like We Used To, Askin’ Bout You, among others.

Blaire’s net worth is reported to be around $500 thousand as of December 2020.

Who Is Blaire Hanks Wife?

Almost after a year from his split with Savannah, Blaire began dating his now-wife Isabella. The pair became Instagram official on March 24, 2018, after the makeup artists posted a picture of herself and Blaire with the caption that read: ‘You’re my kinda different.’ 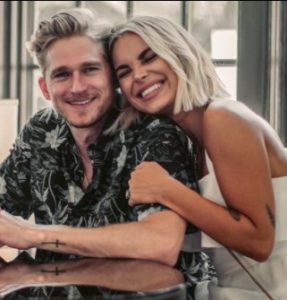 A still of Blaire Hanks and his wife, Isabella.

On February 16, 2020, the pair got engaged in a small and secret engagement ceremony. Isabella announced the engagement on her Instagram handle uploading a couple of pictures with her now-husband.

The lovebirds got married in a beautiful wedding ceremony somewhere in the first half of June 2020.

On June 13, 2020, Blaire posted a picture of his wife and wrote a sweet message alongside that read: ‘I got to marry my best friend today. The sweetest most beautiful person I’ve personally ever laid eyes on. Never thought in a million years I’d find or deserve this sort of love. Today was hands down the best day I coulda asked for. I haven’t smiled this much since I was a kid. I’m mad blessed man. Thank you Bella for saying yes.’

The pair has not announced any plans for the kids yet.

Country music singer started dating Savannah roughly around the time when she was crowned Miss Tennessee Teen in 2015. The lovebirds dated for almost two years before Savannah announced their split in January 2017.

Then 19-year-old Savannah took to Facebook Live to announce their split.

She told, “I just wanted to have a conversation with y’all because it’s so crazy how invested my fans are … Blaire and I — you’ve followed our relationship from the very beginning.”

Reflecting back on all the good memories the pair shared, Savannah continued, “We gave you a promise to show you our lives and to be as honest as we can about it, and that’s just what I’m trying to do now. So to cut to the point … [Blaire] and I are no longer dating. It hurts, it does.

The former beauty pageant contestant also hinted that the public nature of their relationship was one of the reasons why the pair split.

She said to her fans, “It wasn’t his fault, it wasn’t my fault. There was a fault from both sides.”