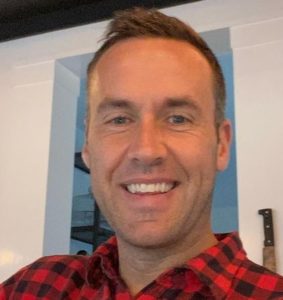 Donald Carlton Lemon, known to most people as Don Lemon, is an American television who worked as a news correspondent for NBC‘s programs like Today and NBC Nightly News. Louisiana native later shot into limelight after he became the presenter of CNN‘s Tonight in 2014.

The incredible journalist, who was the media’s attention in July 2019 as he moderated the second round of Democratic primary debates, had gained traction after he got engaged to his boyfriend of three years, Tim Malone, in the summer of 2019.

This article will be about the man who supported Don through thick and thin. From Tim’s general wikis to net worth — this article has it all.

Don’s fiancé was born on April 6, 1984, which meant his age was 36 by the end of 2020. Furthermore, Tim Malone celebrated his 36th birthday with his loved ones on April 6, 2020. According to his birthdate, Tim’s zodiac sign was Aries.

Tim Malone was born and raised in a small family in Water Mill, New York which implies that his nationality was American.

As of January 2021, Tim was really close to his parents. He had also maintained a healthy relationship with his sister, Michelle Larmony Malone. Karen Larmony (mom), Bill Malone, James Malone were some of his family members.

While not many distinctive features about Tim Malone were available, it was a known fact that the real estate agent stood tall at a towering height of 6 feet 4 inches. It was also known to many people that Tim’s weight was 84 kilograms.

As of Jan 2021, Tim was super-active on his socials during the worldwide pandemic which contributed a lot to his already-massive social media reach.

Tim Malone might be a successful real estate agent now, but he did not embark on his career doing any real estate-related jobs.

In fact, when he started his career in 2006 upon graduation from Boston College, Tim was a production assistant on the Today show of NBC.

A year later, when Tim moved to NBCUniversal, Inc., he was in the East Coast Page Program. From 2007, Tim started working in the NBC’s sales department of USA and SyFy networks. When he quit his job at NBCUniversal, Inc., Tim worked in the sales side of the Sports and Olympics division.

From 2013 to 2016, he worked as a director at Billboard. The real estate guy also took a brief stint as an executive director at Jukin Media.

Tim’s career took a major turn when he took the job of a real estate agent at Corcoran Group in 2018. Leaving one of NYC’s major real estate companies, Tim joined Douglas Elliman Real Estate in February 2020.

Tim found immediate after joining Douglas Elliman Real Estate as he got some of the best deals for his buyers and sellers. Some of Tim’s property listings could be found on the Douglas Elliman website.

While Tim Malone’s net worth was reported to be around $3 million, Don Lemon’s net worth even amounted to a larger sum of $12 million.

Tim and Don’s relationship started getting attention once the pair were spotted sharing an intimate kiss during CNN’s live New Year Eve 2018 at Spotted Cat in New Orleans.

While many people believed that it was the same bar where the adorable pair met in 2017 for the first time, Don later clarified that they first met in New York.

As reports surfaced later online, it was clear that the pair began dating each other in the summer of 2016. The energetic duo became Instagram official when Tim appeared on Don’s Instagram handle in April 2017. Three months later in July 2017, Don also appeared on Tim’s Instagram.

Ever since the pair have not missed out on a single chance where they could be together. Be it in New York City galas, or on vacation in the Bahamas, the duo has enjoyed every moment of their togetherness. 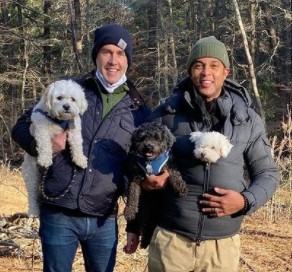 Tim and his fiance Don celebrating 2020’s Christmas with their cute little dogs.

In early 2019, the pair took their relationship to a step ahead after the real estate agent uniquely proposed to his long-time boyfriend—popping the question via their beloved dogs, Barkley and Boomer.

Sharing the news of absolute ecstasy, a CNN presenter uploaded a picture of an engagement ring and captioned, “How could I say no?”

While the pair share a deep love for each other, it did not look like they were in any hurry to get married.

Don told People in April 2019,  “I’m just trying to enjoy this moment of bliss. The advice I get from most people is: Don’t become obsessed with the ceremony or wedding planning — just enjoy it.”