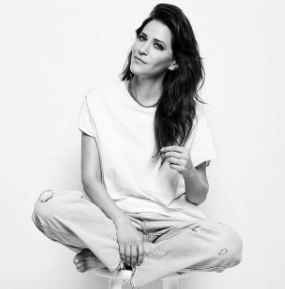 Jackie Tohn is a multi-talented whose relationship with some high profile personalities such as Jason Marz and Kristen Bell further pushed her into fame. From comedy clubs to the stage of American Idol, she has seen it all.

As of January 2021, Jackie is best known as the host of Best Leftovers Ever. Scroll down, as we’ve put together a wiki article based on her life.

Jackie Tohn was born to her parents Allan Tohn and Bella Tohn in Long Island, the United States. More on her parents, both of her parents worked as physical education teachers. Besides that, no further information surfaced on her parents.

More on her siblings, Jackie Tohn grew up with her two brothers whose information remains anonymous as of this writing. Talking about her childhood with her brothers, she spoke about watching wrestling with them.

At the time, Jackie’s favorite wrestlers were Hulk Hogan and Roddy Piper. For GLOW, she trained with Chavo Guerrero Jr. whom she considers a “hero.”

Apart from singing, she also focused on education and became an elementary education major. She is a University of Delaware graduate.

As for Jackie Tohn’s physical attributes, she elevates at a height of 5 feet 4 inches (1.63 meters).

Jackie Tohn made her on-screen debut which also proved to be her breakthrough role in The Nanny (1994-1996). She was only 12 years old when she starred in the TV show.

However, Jackie started her career in entertainment at the age of 9. She shared a photo of herself from the time on her Instagram.

In 2017, Jackie also starred as comedy icon Gilda Radner in Netflix’s movie, A Futile And Stupid Mine. The movie was about the formation of a humor magazine National Lampoon which played a huge role to inspire Animal House, the Van Wilder, and a few radio programs.

When Jackie is not tied up with her acting schedules, she also hit the open mics and comedy club to do stand up comedy. She also performs songs during her comedy sessions.

Jackie landed at the audition of American Idol in season 8 of the singing competition show. She sang Jason Mraz’s I’m Yours in the audition round. During Hollywood week, she sang Rock Me Right and I Hope You Dance.

However, Jackie was eliminated after making it to the Top 36. She sang A Little Less Conversation during her final round.

All in all, Jackie Tohn sits on a total net worth of $1.5 million.

In November 2019, Kristen Bell was celebrated with a Hollywood Walk of Fame. On the day she received a star, Jackie Tohn was at the event to cheer her on.

Jackie, with a hint of comedic relief, had plenty of good words to share about Frozen 2 star. She praised her for being a good person, a humanitarian, and leaving behind a legacy her children would be proud of.

Whereas, speaking on their friendship, Kristen remarked she met Jackie 17 years before doing black box theatre in L.A. where they fell in love instantaneously. Furthermore, she praised her artistic talents on her Instagram.

Jackie Tohn’s publicly known relationship with was singer Jason Mraz. The couple briefly dated in the ‘2000s and parted ways afterward. To people’s surprise, at the American Idol audition, she sang her ex-boyfriend’s song.

As reported, Jason Mraz met his now-wife Christina ‘Tina’ Carano in 2007. During an interview with Osider, the singer remarked he and his Tina both were busy with their career and dating other people.

Most assumed Jason around the time was dating Jackie.

In 2011, Jason and Tina both found themselves single which allowed them to collaborate. He always kept his now-wife in his high regard.

Four years later in October of 2015, Jason and Tina tied knots in an outdoor wedding ceremony surrounded by Virginia forest. He met the love of his life in an altar decorated by a canopy wrapped greenery.

The guest list included 50 of the pairs of friends and families. The wedding took place at the Pole Green Historic Church in Mechanicsville, his hometown.

Jason Mraz vocally supported the LGBTQ+ community throughout his life as a musician. He promised not to marry until gay marriage is ‘legal and equal.’

Love Is Still The Answer wrote a poem to a billboard celebrating Pride Month people believed was his way of coming out as bi to his fans. He previously grappled with his sexuality but later came to terms with it after he met his now-wife.

Jackie Tohn also dated Rick Glassman. The couple dated each other a while back. Based on the tweets of Jackie Tohn, she and Rick were dating in 2012 and 2013.

This alone suggested that Jackie was in a new relationship. But the relationship’s whereabouts remain a mystery.

So, there remained a chance Jackie was single and not in a relationship in early-2021.