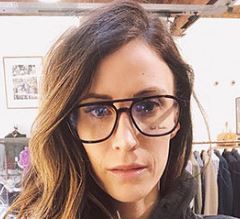 Kelly Henderson is one of the most reputed makeup artists, stylists, and wardrobe directors in the industry and a mainstay of a reality TV Show based on her best friend Kristin Cavallari.

Keep on reading to get Kelly Henderson’s bio, job details, and her dating history. Furthermore, learn about her relationship with Kristin Cavallari and her husband Jay Cutler.

Born in 1982, Kelly Henderson turned 38 when she celebrated her birthday on 11 July 2020. Kelly is the beloved daughter of a Louisiana family.

While Kelly was already a skilled make-up artist and had a fashion job for many celebrities, she first gained mainstream fame through a reality TV Show called Very Cavallari, which is based on the day to day life of Kelly’s best friend Kristin Cavallari and her husband Jay Cutler.

Apart from the show, Kelly’s main job was as a make-up artist for men. And she had worked with a lot of renowned celebrities like Sam Hunt, Luke Bryan, Dierks Bently, Jason Aldean, Sam Palladio etcetera.

She also worked on her fashion blog called Velvet’s Edge, where she put various fashion tips and stylish snaps. As seen on her blog and also her social media, it can be said that Kelly has attractive and all the proper measurements.

Thanks to her work in Very Cavalleri, her stylist jobs, and blog, Kelly Henderson amassed quite a huge net worth of $2 million. Furthermore, she stood beyond five feet six inches in height.

While Kelly’s personal life was relatively unknown, there were speculations based on some serious grouds about her dating status. Most famously, Kelly was linked with famous radio personality Bobby Bones.

The most burning reason for this speculation was the two of them working together for the job of book cover shoot of Bobby’s book. The speculation was further fueled when Bobby appeared alongside Kelly in the Very Cavallari. However, later it was found that the two were only friends.

In March 2020, Bobby made his romance with Caitlin Parker Instagram official. 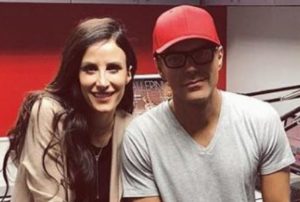 Another speculation that was born out of Very Cavallari was the relationship between Kelly and Matt (the Canadian). Reportedly, the two of them went on double dating with Kristin Cavallari and Jay.

Kelly raised eyebrows after she uploaded a picture of a man wearing a bracelet in early-May 2020. Many speculated the guy was Jay. Contradicting the rumors, Kelly reassured her new boyfriend wasn’t Kristin’s estranged husband.

Did She Cause Kristin Cavallari & Jay Cutler Divorce?

In late-April 2020, Kristin Cavallari and husband of 10 years Jay Cutler announced their divorce. Via IG, the mother of three children shared:

“With great sadness, after 10 years together we have come to a loving conclusion to get a divorce. We have nothing but love and respect for one another and are deeply grateful for the years shared, memories made, and the children we are so proud of.”

“This is just the situation of two people growing apart. We ask everyone to respect our privacy as we navigate this difficult time within our family.”

Jay too took to IG and posted the exact statement.

As soon as the separation hit the headlines, many flung to Kelly Henderson’s socials and accused her of breaking a happy home.

While season 2 of “Very Cavallari,” cheating rumors swirled as Kelly and Jay grew closer. Kristin then swiftly put the allegation to bed by asserting that it wasn’t true.

Talking to E! News after Jay and Kristin announced their split, a close source cleared Kelly’s name and assured cheating wasn’t the factor.

Speaking with Laura Wasser in mid-May 2020, Kelly Henderson broke her silence on the cheating allegation. The reality star claimed she first knew Jay through her now-former boyfriend. Kelly then became good friends with the NFL star when he began dating Kristin.

When quizzed if they were an item, Kelly replied, “No.” In her own words,

“I’m just gonna go ahead and put this out there, there was never an affair, I have nothing to do with their divorce and I am not dating Jay Cutler.”

Furthermore, Kelly insisted she and Jay were no longer on speaking terms. According to her, they had a falling out in 2019.

Through her podcast Velvet’s Edge, Kelly Henderson finally introduced her new boyfriend to the world in Oct 2020.

Without giving out a name, Kelly interviewed her man. Not only that, but she also didn’t share his job title and Instagram.

Moreover, Kelly’s new boyfriend has 2 daughters from an earlier relationship.

Admittedly, Kelly and her mystery beau met at Luke Bryan’s house during a fundraiser. A friend introduced Kelly to him as a reality star.

They then officially met at a party thrown by a mutual friend. This time around, the couple hit it off and began dating shortly after.

During the quarantine, Kelly and her new boyfriend spent the time together.

Following the release of songs like “Shut Me Up” and “Trippin’ On Us,” Lindsay...