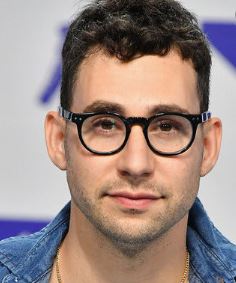 Jack Antonoff is perhaps the music industry’s best-kept secret. A producer by trade, Jack grew into popularity because of his work with Taylor Swift, St. Vincent, and Lorde.

According to Jack, he liked brutally honest women. What’s more, the girls he liked and collaborated with were the same. In the article, discover his girlfriends and dating history. Further down the piece, find out his net worth.

Jack Antonoff probably met Lorde around mid-2010s while working on the Aussie singer’s album “Melodrama.” Released in 2017, “Melodrama” was an immense success. The project garnered praises and adorations from fans and friends alike.

As it does with close collaborators, Jack and Lorde ignited dating rumors. While the fans shipped them, the alleged lovebirds continued to deny the romance on the public platforms.

In 2018, Lorde publically acknowledged she wasn’t Jack’s girlfriend. During an IG Live, the “Royals” hitmaker shared,

For his part, Jack took to Twitter and downplayed the relationship rumor. In a now-deleted tweet, Jack asserted,

“Normally I would never address rumors but I resent having the most important friendships and working relationships in my life reduced to dumb hetero normative gossip. Those relationships are deeply important and sacred. With that said, I’m not seeing anyone.”

Fans, however, didn’t buy Jack and Lorde’s comments. Amongst them was media strategist Hillary Benton. She even created a Powerpoint titled “Lorde and Jack Antonoff — An Emotionally Broken Journey” refuting their claims.

In the said presentation, Hillary made a convincing argument that Jack and Lorde were indeed dating. She also claimed Jack cheated on Lena Dunham — his girlfriend of five years — with Lorde.

“I have never spoken to Ella [Lorde’s real name] about it. We haven’t talked since Jack and I broke up. It was awful, and I couldn’t do anything about it except trust that what he was saying to me was true.”

Fast forward to the year 2020, Lena revealed she was on a dating hiatus. Moreover, she opened up about the engagement that happened following her split from Jack.

As for Jack, he ignited a romance with model Carlotta Kohl. Paparazzi first spotted the duo dining at a New York City restaurant in early-2019.

Born in Germany, Carlotta grew up in France. Later, she moved to the United States for work. As a model, she appeared on ads for Gucci, Gap, Jill Stuart, Miu Miu, Free People, and Juicy Couture.

Beyond modeling, Carlotta also dabbled in photography and sculpting.

Jack Antonoff Owned Quite A Net Worth

Jack Antonoff was born in Bergenfield, New Jersey in March 1984 into a Jewish family. Rick Antonoff and Shira Wall raised him and his big sister Rachel Antonoff — a fashion designer by trade. As a teenager, Jack lost his baby sister to brain cancer.

While in high school, Jack co-founded the punk outfit “Outline.” He then formed “Steel Train” with his friend Scott Irby-Ranniar in 2002. After six years with the band, Jack joined “fun.” and scored Billboard-topping single “We Are Young.”

Embarking on a solo journey, Jack announced the project “Bleachers.” Eventually, he began co-producing and co-writing for the music industry’s biggest artists. Besides the aforementioned album “Melodrama” with Lorde, Jack collaborated with Taylor Swift’s albums “1989” and “Lovers.”

By 2020, Jack had won four Grammys. Moreover, he flaunted a net worth of around $25 million.

0 Replies to “Jack Antonoff Girlfriends & Dating History Plus Net Worth”