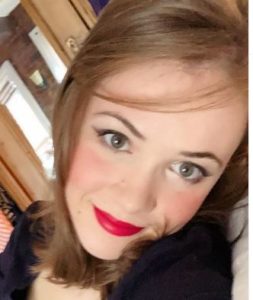 On 3 August 2020, USAID’s former deputy White House Liasion Merritt Corrigan was fired for her hate-filled tweets aimed towards the LGBTQ community. After she went off on the online platform, she was relieved of her duties from the prestigious position.

USAID’s spokesperson noted Ms. Merritt Corrigan would no longer be an employee at the USAID.” This wiki-article explores details on Merritt Corrigan’s life, so delve in to learn more about her.

Merritt Corrigan was born on 5 September 1993. She turned 26 years old while celebrating her birthday in September of 2019.

Per her date of birth, she hailed Virgo as her zodiac sign.

Merritt Corrigan was born to her father Peter Corrigan and her mother Jeannelle Corrigan. Other than names, no further info on her parents has surfaced at the time of this writing.

She and her only sibling, Michael Corrigan shared their parental love while growing up in Roanoke, Virginia. More on her family: her grandfather Guy Merritt fought in World War II. He later switched profession and became a dentist.

Guy had his own practice where she worked for 56 years before quitting in 2015 while he was 92 years old. Three years after, Guy lost his wife in 2018.

Starting with her education, Merritt attended Patrick Henry High School. She graduated from the same in 2012. Following graduation, she went on to join the University of Richmond.

In 2016, she graduated from the university with a bachelor’s degree in business administration. What’s more, she was also part of the university’s Pi Beta Phi.

Merritt worked in the Republican National Committee. She also had a career stint in the Hungarian Embassy in Washington D.C.

Time and again, she bad-mouthed the LGBTQ committee and was infamous for the statements she made in the past. After acknowledging and overlooking the problematic nature, President Donald Trump appointed her as the deputy White House Liasion to USAID, Merritt’s most recent job.

In June 2020, ProPublica — an online news portal — revealed some controversial Tweets made by Merritt. The tweets directed towards the LGBTQ community in particular.

Following the expose, hundreds flooded to signed a petition to remove Merritt from USAID.

On 3 August 2020, USAID fired Merritt from her job. As her Twitter revealed, just a few hours before, she went on Twitter to spew hate and degrading comments on the LGBTQ community.

Following the controversy, Merritt configured her social media accounts as private for a while. After that, she made it public again and got back to backfire on her critics.

However, Merritt was nowhere to be found on Facebook.

The beautiful Merritt Corrigan stands at an average height of 5 feet 3 inches while she weighed 51 kilograms (112 lbs) at the same time.

More on her traits: she is blessed with an attractive body with a measurement of 34-25-35 inches. Her brown hair suits the light complexion which she has for skin color.

Merritt Corrigan keeps everything professional on social media platforms she is on. Whereas, she is very private about her personal life. She never shared details on her dating life and possible partners.

So, it is safe to conclude, she is single at the time of this writing. If any development occurs we will be sure to update it to our readers so stay with us.

More From Us: Amy Klobuchar Education, Net Worth, Daughter, Religion