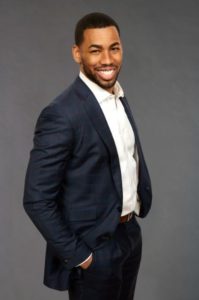 Confirming the brewing romance between the former “Bachelorette” star and the “confident” singer, a close source shared,

“They did go on a date and it’s been going well. They seem to have a lot in common and are just enjoying getting to know each other.”

The news of the two dating came a week after Mike and alleged girlfriend Demi engaged in a flirty social media exchange.

In an almost nude photo shared by the singer, the reality star pleaded her to “love herself.” Demi fittingly replied with a kiss emoji. 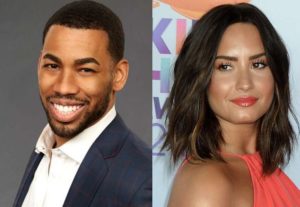 Back when Mike was still competing in Hannah Brown’s Bachelorette season, Demi shouted him out. Admittedly, the post made him “feel sexy.”

Amid massive fanfare, Mike and Demi went on several dates in late-September 2019. Providing a scoop into their budding romance, the reality star raved about the singer’s tattoos and kissing skills.

But by mid-October 2019, things between Mike and rumored girlfriend Demi had slowed down. Fans speculated worse when the former asked actress Keke Palmer out on a date during his apperance on “Strahan, Sara, and Keke.”

Speaking to E! News in late-October 2019, a close source confirmed that Mike and Demi were indeed no longer together. Per the insider, the romance ran its course.

Using his God-given charisma and six feet (182 cm) height, Mike Johnson won hearts as a contestant in the 15th season of “The Bachelorette.”

Although Mike exited the show in seventh week, he returned for Bachelor in Paradise’s sixth season.

So impressed were the fans with his persona that they even campaigned to elect him as “The Bachelor” for the year 2020.

Beyond his life as a reality star, Mike holds the job of a portfolio manager. A well-traveled individual, he is also an Air Force veteran.

A keen student of life, Mike wishes to get into Parkour and learn Mandarin. At the same time, he’s really into Krav Maga.

While Mike’s net worth is still under review, insiders assume it to be around six-figure margin.

Mike hails from San Antonio, Texas. A Capricon courtesy of Star sign, he celebrates his birthday on 27th December every calendar year.

Because Mike doesn’t own a Wikipedia page, it’s almost impossible to track his family lineage. That said, per his social media posts: He seems to share an unbreakable bond with his biological mother.