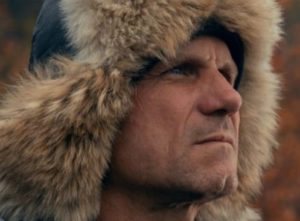 “When the virus of restlessness begins to take possession of a wayward man, and the road away from Here seems broad and straight and sweet, the victim must first find in himself a good and sufficient reason for going.”               – John Steinbeck, Travels with Charley: In Search of America

What Steinbeck was talking about here is the desire of a person for wilderness, that urge to go away from what is dear to them, that almost animalistic desire to be free–in the crudest, most unambiguous sense of the word. Roland Welker found his reasons to be free time and time again. Where most people do nothing about the virus for the fear of losing what they have, Roland Welker gained everything by tending to his virus.

According to Steinbeck, this virus of restlessness is inherent in all humans. But the case of Roland Welker is peculiar in that sense because we can almost trace the origin and development of the virus.

Roland Welker was born in Shiloh, Pennsylvania on the lap of the harsh Appalachian Mountains. It was October of 1971, winter just on the doorstep. The geography was rural. The father of the Welker family, Ernest L Welker, did the backbreaking work on the coal mine. The mother, Mona M Welker, did not have an easier time in rearing children and working on the household.

Roland grew up with his parents, his uncle, his grandfather, his sister Meghan Francis in the family. He grew up working alongside his father and his uncle, Jim Welker, in the coal mine. He grew up helping his grandfather in the sawmill, doing all the heavy works when he was only eight years of age. By the time he hit the twelve, the 80s were having the fur boom, and Roland was one of the top skinners of fur and mink pelts alongside his uncle, Jim.

Before he even came of age, the sweet delight of physical work and the exhaustion that follows was firmly ingrained in his self. He grew up to be 5 feet 11 inches of height and weighs 89 kgs, indicative of his strong built. Whatever his zodiac stars predicted, he was destined to be wild, surviving on the labor of his arms.

Of course, the reality is never smooth like that. By the time he had graduated from Clearfield High School, and then from Army National Guard training, he was married to his high school sweetheart. Domesticated and away from his forte of wilderness, Roland was not very happy — neither was his wife for that matter.

Like Steinbeck, Roland was looking for the “good and sufficient reason”. His divorce, ultimately, became that reason. It helped that he and his wife did not have any kids in their brief married period. Immediately after the end of his married life, Roland started traveling around the US and doing odd heavyset work, wherever he could find them.

Roland Welker’s Expedition in the Wild

But that was not enough for Roland. It seemed his virus was even more lethal than Steinbeck’s. Eventually, he decided to move to Alaska, the final frontier, the last stronghold of wilderness in this increasingly stifling world. So, Roland packed whatever he deemed useful for the cold of the Alaskan wilderness in his car and set off for a journey alongside the Alaskan Yukon River to the Deadhorse.

For a while, Roland spent some time in Stevens Village, a small town of under 100 people. At that point, unbeknownst to Roland, another significant chapter of his life was on the horizon, the chapter of international fame.

After spending a significant amount of time-fighting the Alaskan wilderness, Roland decided to contest in Alone, a survival series on History channel. In 2019, Roland was selected for the show’s seventh season, in which he had to survive on the arctic wilderness of Northwestern Canda.

As predicted by so many, Roland became the winner of the 7th installment of Alone. In the finale, he beat fellow contestants: Kielyn Marrone and Callie Russell. 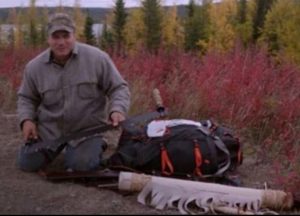 Roland Welker in the arctic wilderness as a participant of a survival contest of History channel’s Alone (PC: Roland’s IG)

Before the beginning of the show, Roland decided to prepare for Alone by spending some time training for survival in Montana, even though he had lived in the wilderness most of his adult life.

When the show began, Roland looked the most likely winner, with his experience and his desire to work hard and train. His wider fame also started to increase, albeit slowly. For a person who was, and still is, living very far from the mainstream civilization, 785 followers on Instagram, 282 followers on Twitter, and 333 subscribers are quite significant.

The more clear indicator of Roland Welker’s success, however, was his $1 million net worth. His fortune directly hailed the million-dollar prize money of the show he won.

Roland Welker’s life story seems to be the story of the dreams of many of us. Not only is he roaming in the wilderness like a Freebird, but he also became a millionaire from his expeditions.