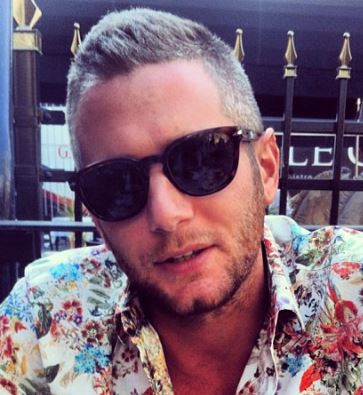 In August 2020, Joshua Wolfe was in the limelight as he got engaged to The Bachelor‘s star Vanessa Grimaldi. While Vanessa was previously engaged to Nick Viall, fans were hopeful that her new fiancee,  Joshua would be one she’ll finally marry.

Joshua is an “experienced Assistant Director with a demonstrated history of working in the government relations industry.” In 2018, he joined the CJPAC team as  “Director of Outreach and Programming for Quebec and Atlantic Canada.”

Divulge on the insides of Joshua Wolfe as you tag along with this sort-wiki style article. Also, get to know his age, job, and height as the article proceeds.

Birthday – February 4, 1985, Joshua Wolfe was 35 years of age when he got engaged to the love of his life, Vanessa Grimaldi. Also, he is 3 years older than his fiancee.

Furthermore, Joshua is of Aquarius zodiac and comes from Jewish ethnicity.

While you may not know, but this office worker is also a former athlete. He was a cross-country runner and won 5K races like the Canterbury Invitational and the Outdoor Track Interscholastic Championships 2003.

Also, he represented Canada in races around the world and even won the gold medal in a championship for the “Under 19” group.

As for his parents, Joshua’s father passed away back on May 26, 2012, while his mother, Judy Wolfe was perfectly healthy (as of 2020). He often posted pictures of his parents over Instagram, expressing how much he loved them.

Coming to his siblings, “Yourtango.com” mentioned that Joshua has two sisters. His sister, Rebecca Wolfe is an entrepreneur/business owner and was married. Also, he confessed that she was a role model for him.

Another sister, Jessie May Wolfe is an “author & speaker” and founded the HeartRIse Movement.

However, Joshua shared a post over his Instagram where he mentioned one of his other siblings, Peccle Wolfe. He wrote,

Furthermore, Joshua was a family guy. He seemed close to his relatives, loved his nephews, and had pictures filled with them over Instagram. Here’s a picture Joshua enjoying with his family. 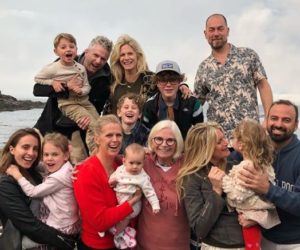 Talking about his distinct features, Joshua is a handsome man with natural blond hair (which he liked to color “Silver-fox”). Also, he has a square face and dark eye color.

As of August 2020, Joshua had 11.9K followers on his Instagram @jbrwolfe. Also, at the time, Joshua owned an adorable chihuahua put up as his display picture on Instagram. Sadly, after 11 years of friendship, he decided to let his chihuahua, Bugsy go on May 1, 2020.

Bugsy faced more complications and illnesses than most vets have seen in their entire careers. He even won the battle against a rare cancerous tumor in his salivary gland.

Mentioning his jobs — Joshua Wolfe worked as a parliamentary intern for QUEBEC from Sept 2009 to Jun 2010. Later he was attaché politique for Gerry Sklavounos MNA for Laurier-Dorion in “Assemblée Nationale du Québec” for 1 year and 8 months.  Also, he was Assistant Director of Public Affairs and Government Relations for CIJA from Mar 2014 to Mar 2018.

Finally, he got appointed as Director of Outreach and Programming for the CJPAC team in 2018.

As for his education, he graduated from Massachusetts’ Phillips Academy in 2004. Later in 2008, he received a Bachelor’s Degree focused in Near and Middle Eastern Studies from Princeton University.

Joshua Wolfe started dating Vanessa Grimaldi in 2018. Reportedly, Joshua first slid into her DM’s and they immediately hit it off. Within a year of dating, on December 11th, “exactly 11:14 PM”, he confessed those three magical words to Vanessa. 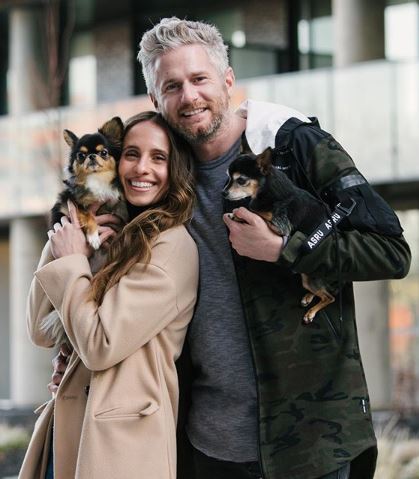 On their first anniversary on Dec 11, 2019, Joshua took it to Instagram to share his profound love for her. He wrote,

“I had already fallen fast for you.I had finally found it. True love. Real love. That I feel at home anywhere I am, as long as I’m with you kind of love.I [love] you”.

Finally, on August 9, 2020, Joshua popped the question to Vanessa. Both couples let their fans know by sharing the proposal pictures over their respective Instagram accounts.

Moreover, the duo planned to get married soon.

Vanessa’s ex-fiancee, Nick Viall, in response to the engagement, told the “Us Weekly”,

“I wish her the best. It’s one of those things, you date, you see what happens, there’s no timeline when you’re single.”