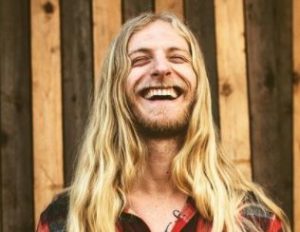 NBC’s The Voice revealed its Top 5 finalists, and while viewers voted to save four contestants, one contestant, Jordan Matthew Young put himself amongst the top 5 winning the Wildcard Instant Save. In the finale, he finished behind Kenzie Wheeler and Cam Anthony (the season winner).

So, who is he? Stay with this Jordan Matthew Young wiki to learn all about him.

Jordan Matthew Young entered The Voice with a bang earning three chair turns singing Keith Whitley’s “I’m No Stranger To The Rain”; and like many other country singers, Jordan chose Blake Shelton as his coach.

Then for the Battles round, Jordan performed Train’s “Calling All Angels”, and went on to the Knockouts where he slew The Black Crowes’ “She Talks To Angels”.

As for the Semi-Finals, Jordan chose John Conlee’s “Rose Colored Glasses” for Wildcard Instant Save after he lost votes to Cam Anthony within Team Blake, and he won!

But fans weren’t happy about it. They mentioned that although Jordan was a talented singer, there was no way that he should have won over Gihanna or Dana, or even Corey. Also, they claimed that the show was rigged, and some “Blake Shelton bias” was in play.

Jordan’s rendition of “Key To The Highway” by Charlie Segar earned him the 3rd place finish in the 20th season of The Voice.

Jordan Matthew Young was 35 years of age as he appeared on The Voice in 2021.

He celebrates his birthday on January 25, and that makes him of the Aquarius zodiac.

Jordan Matthew Young comes from a blue-collar family, and he was living “swinging a hammer, and busting ass all day” in Utah before he received an invitation for The Voice in 2021. He then resided at his dad’s house with his stepmother, two half-sisters, a cousin, and her boyfriend.

Also, this goes to say that Jordan’s parents were divorced a long time ago.

If you are wondering if Jordan forever lived at his dad’s house? The answer is no. Reportedly, Jordan returned to his hometown Utah to work for his family’s construction business in 2020. However, previously, Jordan moved to live with his dad while he was still attending high school.

Overall, it seems that Jordan had a better relationship with his father. He also shared that his interest in country music comes from listening to country music with his dad when he was a kid.

Jordan Matthew Young stands tall at a height of above 6 feet 2 inches (187 cm).

Mentioning his distinct features, Jordan’s long blond hair is impossible not to notice by anyone. Also, he has a tattoo over his chest and arms.

Jordan Matthew Young garnered a net worth of above $500 thousand as of 2021.

An aspiring professional singer, Jordan stepped into the stardom after appearing on the 20th installment of The Voice. He is a self-taught guitar and piano player who has been in love with music since a young age. Even while Jordan was in high school, he rebuilt the band program and was also involved with one of the best high-school marching bands in the state.

After he graduated, Jordan was hired by his alma mater to run the band program as well.

However, he eventually left his job to pursue his own music and toured around the country with his band Candy’s River House playing blues music for over a decade. The band has released a few projects including an album in 2015 called American Night.

Also, Jordan has solely released a few EPs and albums as well. Among them, Another Night, and Rain or Shine were trending on Spotify.

During the 2020 COVID-19 pandemic, Jordan’s musical tour was put to a halt. So, he made a living by repairing guitars and building houses with his father.

Jordan Matthew Young wasn’t married as of 2021, which also goes to say that he didn’t have a wife. However, he had a girlfriend then named Catherine Elizabeth who appeared to be a visual artist and a musician.

It was unclear when the two exactly started dating. But, judging by Jordan’s IG posts, we’re pretty sure it’s before 2018. 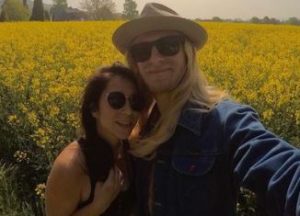 As we know, Jordan often toured with his band, it seemed that Catherine accompanied him as well. From his tour to Holland to Amsterdam to the US, Catherine was always spotted with him over the pictures.