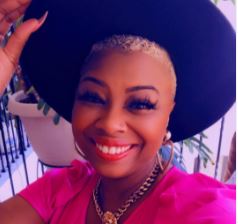 When the top 9 contenders were chosen, Dana Monique seemed most likely to take away this season of The Voice. With an amazing voice, Dana never failed to impress the audience slaying song from Ariana Grande to The Temptations to Tina Turner.

But who is she when she isn’t holding the mic? Learn all about her as this Dana Monique wiki continues.

Corresponding to her birthday, Dana is of the Leo zodiac.

Dana Monique comes from a musically gifted family. Her mother, Anna Boney-Brown ran the ministry of music, while her father, Garry Brown performed in a jazz band.

Also, most of her aunts can sing beautifully. One of many aunts, Angelina Hudson, and her husband Keith Hudson were close to Dana.

Furthermore, Dana’s little brother and her sister Tiffany Brown were singers as well.

When it came to music, Dana’s grandfather was a fanatic too. He was proud to see Dana over The Voice, and the moment he first heard her over TV was captured by Dana over IG as well.

As for her hometown, Dana hails from Houston, Texas — where she resided in 2021.

Talking about how Dana started her career, it was her parents who got her involved in the church choir while she was little. By the time she was 12, Dana already had her first solo, and by 15, she was touring as a background singer. Dana then continued to work as a background singer for many years, until she took a job as a headliner on a cruise ship, where she realized her talent.

Thus, she then came to The Voice to explore more opportunities, and step into her deserved spotlight.

Over the years, Dana has worked with many Christian artists and has also performed with and recorded for secular artists as well. As for the time, she lost working as a background singer, Dana says she doesn’t mind. In her words,

“I love helping other people bring their dreams to life. I was like, I can learn so much back here and not be responsible for the front until I’m ready. And then it (the background work) took off and didn’t stop.”

In 2020, Dana was working on original music and an album that she hoped to release. But it wasn’t released even a year after.

Dana Monique stepped into The Voice with two chair turns singing Freeway Of Love by Franklin. Then for the battle rounds, she sang Stuck With U by Ariana Grande and Justin Bieber and advanced to the knockouts where she slayed Nutbush City Limits by Tina Turner.

But unfortunately, Dana almost had to pack her bags after the live playoffs, performing Free Your Mind by En Vogue. Thankfully, she was saved by Nick!

As of May 2021, Dana entertained 5.2K followers over Instagram, and 469 followers over Twitter. Most of her posts then featured her promotions from The Voice.

However, we found her Youtube channel titled “I AM QUEEN DANA MONIQUE”, which then had 40 subscribers.

Dana Monique is a proud mother of two kids — a son who went by the name “Salvation”, and a daughter by “Foreign Phoenix”. Like Dana, both of her kids are born of talent. Her son was an aspiring musician, while her daughter was into make-up.

Reportedly, it was Dana’s daughter who usually did her make-up for performances.

As for Dana’s husband, we’re not sure if she ever married her baby-daddy. She appeared to be single as of 2021.

Married or not, Dana was a happy woman. She shared that she was lucky to have her two kids. Thanks to early conversations with her son or late-night makeups with her daughter, Dana never felt alone. 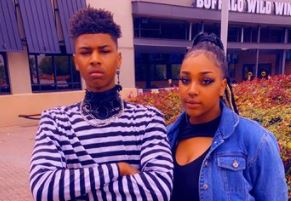