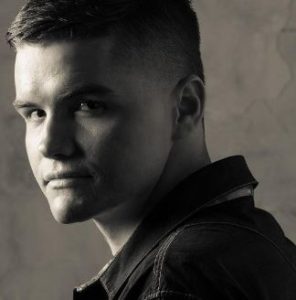 Kenzie Wheeler is one of the top contenders in NBC’s The Voice who appeared in the show’s season 20. Besides his sweet sweet mullet, his deeper-than-allowed old country voice earned praise from judges.

Scroll down Kenzie Wheeler Wiki to learn more about the man.

Kenzie Wheeler made his debut on the singing competition show auditioning in The Voice season 20. In the audition round, Kenzie sang Don’t Close Your Eyes by Keith Whitley and was able to turn all four chairs around. While the coaches were fighting to work with him, he chose Kelly Clarkson as his mentor.

Whereas, in the battle round Kenzie sang Fishin’ In The Dark by Nitty Gritty Dirt Band and won the round. In the next round, the Knockouts, he sang Beer Never Broke My Heart by Luke Combs.

Coming as a winner in the Knockouts, Kenzie Wheeler sang Red Dirt Road by Brooks & Dunn in the Live Playoffs. He was saved by the vote.

In the semi-finals, Kenzie belted “He Stopped Loving Her Today” by George Jones and secured the place in the finale. Singing “Heartland” by George Strait, he finished as the runner-up in the 20th season of The Voice.

According to TV Guide Time, Kenzie Wheeler celebrates his birthday on 29 April. This made him a Taurus by zodiac sign. Furthermore, Kenzi Wheeler turned 23 years old in 2021 as he was born in 1998.

Kenzie Wheeler, in fact, is a very tall guy and probably the tallest in his family. His height measures at 5 feet 11 inches (1.80 meters) if not a few inches higher. Plus, he weighed about 81kilograms (178 lbs) ever since his body weight increased.

One of the distinct features of Kenzie Wheeler probably is his mullet. Kenzie’s mullet was such a hit that even coach Blake Shelton started reconsidering growing one back, once again.

As described by Blake— “This guy has the triple threat mullet”. He added more— “First of all he’s got the party in the back, he’s got the shaved sides, but then the rare widow’s peak. The rarest of all mullets, this guy is a unicorn. That does not take away from your voice, man.”

Hailing from the hometown of Dover, Florida, McKenzie Wheeler was born to his father Marty Wheeler, and his mother Patty Wheeler. His father remains almost anonymous as of this writing and only appears on Kenzie and Patty’s social media. By the brief look from the outside, it could be deduced that Marty loved fishing and spending time with his family.

Plus, Marty was the one who inspired Kenzie to grow his mullet.

As for Kenzie’s mother, Patty also hailed from Dover and attended Plant City High School. She graduated high school in 1980. Besides her full-time job as a mother, Kenzie worked at US Postal Service as Rural Letter Carrier starting from 1997.

Whereas, she also started working in Coldwell Banker Residential Brokerage starting in 2012.

Coming to details on his siblings, Kenzie has an older brother named Cory Wheeler. He got married to Autumn and welcomed a baby boy in August of 2019. Kenzie and his brother are seventh-generation Floridians whereas his nephew made is the eighth generation.

Dover-native, Kenzie Wheeler is on Instagram with 22.9k followers. As of 26 May 2021, he posted 508 times on the platform. He also created a YouTube channel that earned him 3.17k subscribers as of this writing.

Kenzie goes by the name @KenzieWheeler on Twitter that earned him 2.3k followers. The Voice contestant has two separate Facebook profiles. In one profile he is friends with 451 people while the other McKenzie Wheeler has 3760 friends.

Kenzie Wheeler loved singing from a very young age. As he recalled on interviews, he and his mother used to sing songs together in the car when she was with her in her job. But not until sophomore year in high school, he seriously started considering music as a career path.

To hone skills, boost confidence, and build a reputation around town, he started singing karaoke at a local restaurant. After receiving praises for his voice and singing ability, Kenzie started doing it every Friday night.

In the meantime when his music career was showing some progress, he was working at a grocery store warehouse. In 2016, Kenzie Wheeler also won the Tampa Teen Idol Competition. He then opened for acts like Charlie Daniels, Michael Ray, and Craig Campbell.

Besides performing in local shows, Kenzie took his talent to a whole new stage auditioning for NBC’s The Voice. Fun fact: His mom submitted his applications for The Voice.

Kenzie also debuted a ten-song album titled Dover in 2018. The first song that he commercially sold was Just Once In Awhile which was released on 12 February 2015. Before joining The Voice, he also pursued a music career with his band that included two band members, Nicholas Herbert and Cliff Brown.

Besides music, Kenzie was seriously pursuing becoming a baseball player. He played baseball up to the junior years in high school. But when he and his coach butted heads he turned to music as an option.

Kenzie Wheeler Girlfriend: Is He Dating Anyone?

Kenzie Wheeler hinted once on his Instagram about having a girlfriend. But he never gave away details on his girl or further context. He posted a snap of the Chevy that he drives and wrote the caption, “My Girl Took This One For You”.

He was never seen getting cozy with anyone that could be concluded as the girl he was dating. Back in 2013, Kenzie shared a picture of an anonymous girl hugging her but he confirmed she was his best friend.

So, we can conclude that Kenzie wasn’t publicly in a relationship in 2021.