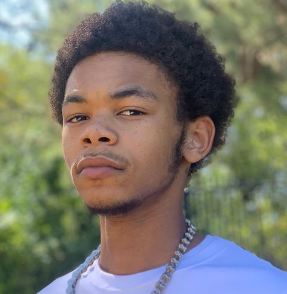 The name Cam Anthony was known widely even before The Voice audition show. Cam first earned viral fame at the age of 8 and has been widely recognized ever since. So, now with appearances on The Voice in 2021, Cam Anthony began to gain attention.

Delve into this Cam Anthony Wiki to learn more about the Season 20 The Voice winner.

Cam Anthony auditioned for season 20 of The Voice. Honing his skills in the church choir, he was on the big stage to prove himself to the legendary singers. In the blind audition, he sang Lay Me Down by Sam Smith. He was able to turn three chairs toward himself.

In the Live Playoffs, Cam Anthony performed Take Me To Church by Hozier. He was saved by the vote.

For the final 2 performances in the semi-finals and finale, Cam sang It’s So Hard To Say Goodbye To Yesterday by Boyz II Men and Wanted Dead Or Alive by Bon Jovi respectively.

His Age: How Old Is The Voice Contestant?

At the time of The Voice audition, Cam Anthony was 19 years old. He celebrates his birthday every year on 19 August. This made him a Leo by zodiac sign.

Born to his parents Lamar Anthony and Melissa Anthony, Camren Anthony Sherman hails from his hometown of Philadelphia, Pennsylvania.

Besides a lady with great vocals, Cam’s mother, Melissa is a certified group personal trainer. Her Instagram account is filled with posts that confirm that she is a fitness enthusiast. Whereas, his father, Lamar stayed segregated from sharing the public attention. Nevertheless, Lamar also played a huge role in the success of Cam.

Furthermore, Cam is very thankful for his parents and demonstrates his appreciation on his social media.

Talking about siblings, as reported by Famous Birthdays, he has five siblings in total. They are Corde’, Delanna, Denise, and Desiree along with one unnamed brother. Allegedly, his other brother is Carter who sang and rap along with him on various shows.

Social media is where Cam found his recognition and where he depends on his thriving singing career. Furthermore, Cam earned 79.3k followers on his Instagram account as of May 2021. Likewise, he goes by the name @CamAnthony on Twitter where he gathered 6.3 thousand followers.

But among all of the other platforms, Cam’s popularity thrived on Facebook where he boasts 358k+ followers at the time of this writing.

More From Us: Anthony Boyle Girlfriend, Gay, Net Worth, Parents

According to online sources, Cam Anthony owns a little above $300K net worth.

Melissa and Cam Anthony discovered the prodigious singing ability of their son at the age of 4. He participated in his grandfather’s church choir and never had trouble performing in front of crowds when it came to performing.

At a very young age, Cam signed for commercials for Folgers Coffee. He harmoniously sang Best part of waking up. Even as a young aspiring singer, singers from the different era was on his playlist. He grew up listening to Sam Cooke, Whitney Houston, Michael Jackson, Bruno Mars, Marron 5, and many others.

While his music career was thriving, he also flourished academically. In the honor roll, he won 1st place in the school’s Reading Olympics, held the honors of Class President, and was head of the Chinese class.

Cam became a viral sensation when he performed Bruno Mars’s song When I Was Your Man. He also auditioned at America’s Got Talent at the age of nine. He also opened for legendary singers like Ron Isley and Patti LaBelle.

The Philly-native also performed at the White House for the annual Easter Egg Roll.

At the age of 12, Cam Anthony was signed by West Coast legend Dr. Dre. Then he started posting videos of himself singing on his Instagram and that reached a wider audience. He is also on YouTube with 55.9k subscribers, as of May 2021.

Some of the most viewed videos of Cam Anthony are Impromptu A Change Gone Come!!!, It’s So Hard To Say Goodbye, All Of Me, and Glory. At the age of 15, Cam released his debut single How Can I Forgive Ya.

In 2019, Cam released Leave Your Troubles which is one of his most recent songs. Besides The Voice, he also competed in FOX’s Showtime at The Apollo and won that helped put him through The Steve Harvey Show.

Outside the world of music, he was also passionate about standing up for social justice. He raised his voice against police brutality and racism.

Cam Anthony Girlfriend: Is He Dating Anyone?

Cam Anthony doesn’t appear to be dating anyone. But when he went to prom in 2018, he turned everyone’s head to see who he might be his girlfriend. He was accompanied by a pretty young lady who goes by the name @therealjaee_ on her Instagram.

From that point on, his prom date never appeared again. This hinted at him never being in a relationship at that point. And right now as of May 2021, he doesn’t seem to have a girlfriend.