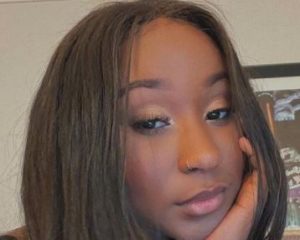 Singing since she was 5, Gihanna Zoe finally decided that it was time to present her voice to the world through The Voice season 20. Basting through the auditions, and saved by coach Kelly Clarkson in live playoffs, Gihanna made it to the top 9 for a chance at making it to the finals.

So, who is she? Learn all about this young competitor as you tag along with this Gihanna Zoe wiki.

Gihanna Zoe auditioned for The Voice with Sara Bareilles’ “She Used To Be Mine”, and won a 2-chair turn from the judges, Kelly Clarkson and Nick Jonas. After a little tug of war between them, Gihanna then chose to be on Team Kelly and moved on to the Battles round — which she won performing Ed Sheeran’s “Thinking Out Loud”.

Trivia: Her performance of “She Used To Be Mine” was loved by Sara Bareilles herself, who went on to tweet the video and added several clapping hand emojis.

For the Knockouts round, Gihanna sang P!nk’s “Glitter In The Air”, and then moved on to her challenge at the live playoff where she sang Lady Gaga’s “Always Remember Us This Way”, and almost got sent home. Thankfully, Kelly saved her.

As for the semi-finals, Gihanna didn’t let Kelly down, owning Christina Aguilera’s “Reflection” all the way.

As per her birthday, Gihanna is of the Cancer zodiac.

On Gihanna’s 17th birthday, her dad took it to his IG to share a birthday wish with a few words of love. A part of which wrote,

“You don’t just love your children, you fall in love with them. @gihannakelly everyday I fall more and more in love with you. The woman you are becoming and have become. I couldn’t be more proud.”

The Voice contestant, Gihanna Zoe was born as “Gihanna Zoe Kelly” to parents, Tia Patrice and Michael B. Kelly II. Her father, Michael is a Motivational Speaker, and a pastor of over 16 years. He is a Washington Adventist University graduate with a bachelor’s degree in Theology who went on to obtain his master’s degree in Divinity from Andrews University.

As for Gihanna’s mother, Tia (who turned 43 on May 8, 2021) was the no.1 fan of her daughter. She often featured Gihanna over her socials, and anyone who knew her can tell that she was a proud mother.

Talking about Gihanna’s siblings, she has a sister named Genesis Zoe Kelly who is also a brilliant singer. Go check her out over IG @genesiszoekelly where she often uploaded her singing clips. 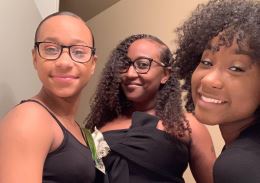 Gihanna Zoe with her mother and sister (Source: Gihanna’s Instagram)

Some more members of her family include:

Find Gihanna over Youtube @gihanna zoë which then had 238 subscribers.

The talented singer, Gihanna has been chiseling her voice ever since she was a kid. She grew up surrounded by music, and by the age of 5, she was already singing in church. Later, she found her love for piano and went on to attend a performing arts school where she got involved in theater.

A newfound passion for Gihanna, the theater became her new muse. She then started writing scripts and plays, and she even placed Gold statewide for her scripts in the Scholastic Art and Writing Competition later.

As of 2021, Gihanna has written two movies, 12 short films, and four plays. Also, she was then enrolled in online schooling, and working on her songwriting simultaneously.

Gihanna Zoe Boyfriend: Is She Even Dating?

Gihanna Zoe might shout out to the world and let them hear her beautiful voice but when it came to her dating life, she remained silent. There was no information about her boyfriend over the internet as of 2021. However, it seems that she was a preacher of love.

Back in August 2018, Gihanna sang “At Last” by Etta James at her friends, Olivia and Eurik’s wedding.