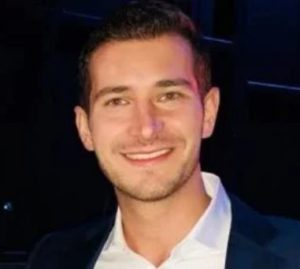 Businessman Tucker Roberts first hit the limelight as the son of Brian Roberts. Later, he gained prominence as the boyfriend of Olivia Munn.

Delve into Tucker’s wiki info and find out his net worth, height, and siblings. Moreover, discover his siblings, age, and birthday.

On 2nd November 2019, Tucker Roberts and girlfriend Olivia Munn debuted their love during Miranda Dickson and Bea Akerlund’s A Day of the Dead Celebration.

For the said event held in LA, Tucker was dressed up as Danny McBride’s “The Righteous Gemstones” character. Meanwhile, his girlfriend Olivia appeared as Edi Patterson’s character.

Sharing a photo of the two from the bash on Instagram, Olivia collectively wished their fans happy Halloween. 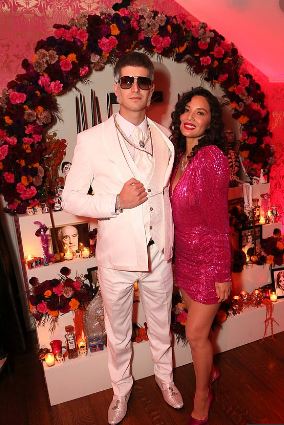 Weeks after first igniting the dating gossips, Tucker and girlfriend Olivia appeared on each other’s arm during the New Year’s Eve celebration.

Per reports: Tucker and wife prospect Olivia bonded over their mutual love for video games.

Also, Tucker and Olivia seemed very passionate about animal rights and encouraged others to foster pets. They even attended an animal rescue fundraiser in Los Angeles.

Before dating Tucker, the “X Men: Apocalypse” actress was in a three-year-long relationship with Aaron Rodgers. The romance ended in 2017.

Reportedly, Tucker Roberts turned 30 years of age in 2020. A native of Philadelphia, Pennsylvania, he was born in 1990 and celebrates his birthday on 5th June every calendar year.

As the son of billionaire CEO Brian Roberts and Aileen Kennedy Roberts, Tucker grew up in a life of luxury.  Likewise, he and siblings (both sisters) Sarah and Amanda were born into money.

Graduating in 2013, Tucker flaunts a Bachelor of Science in marketing and management from the University of Pennsylvania – The Wharton School. What’s more, He graduated from high school in 2008.

What Does Tucker Roberts Do? Net Worth, Height & Instagram

As a college student, Tucker interned at “Activision.” He then began working as an assistant producer at “EA Sports.”

Getting into the family business, Tucker took a job at “Comcast Ventures” as EIR in September 2016. By September 2017, he was the strategic advisor of the overwatch team at “Comcast Spectator.”

In January 2018, Tucker began working as the president of the professional e-sports team “Philadelphia Fusion.”

Talking about his net worth, Tucker Roberts and his siblings are the true heirs to their father’s $1.7 billion fortune.