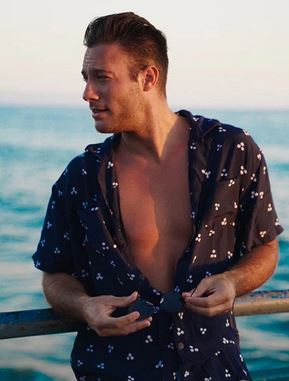 Bryce Hirschberg is predominantly known for completing on the first season of the hit Netflix show Too Hot To Handle.

After the show began, Bryce gained people’s attention, and over the internet, they began searching for him.

Keeping the interest in mind, we have created this article to provide details regarding his bio, wiki-like career, net worth.

Moreover, many celebrities tend to keep their love life a mystery. Let’s find out if Bryce kept his love life hidden or flauntED openly!

Reality television personality Bryce Hirschberg was born in the year of 1990 — that made him 30-year-old as of 2020. He celebrated his last birthday on 24th May with his close friends and family.

Also, as his birthday falls in May, his zodiac sign is Gemini.

Bryce Hirschberg, who hails from La Jolla, California grew up in a loving family alongside his brother Barret Hirschberg. However, he kept details of his parents under a tight lid. Thus, their details are also scarce to dig out from his social media handles.

Moving on, unlike his parent’s details, Bryce openly shared his educational qualifications. He enrolled at the Loyola Marymount University in Los Angeles, California studying Film Production. For his exceptional and unique promise for creative, academic excellence and achievement, Bryce was awarded the Cosgrove Endowment from his school.

As per Bryce Hirschberg’s resume, he stands towering tall at a height of six feet and has a bodyweight of 84 kilograms. 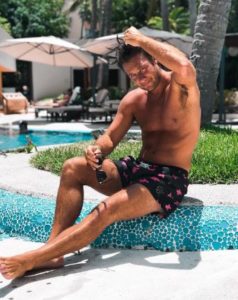 Of his numerous distinct features, none stand out more than his dreamy Grey eyes. His gelled hairstyle and well-toned and muscular body matched well with his smoldering looks.

With the burgeoning career in the entertainment field, Bryce had been able to garner a thriving social media following.

On his Twitter account @BryceHirschberg, he had accumulated followers of more than 3.8K. However, Bryce garnered around 531K followers on his IG handle @brycehirschberg.

Bryce had begun his career while he was studying at Loyola Marymount University. During that time, he directed two short films: Baer and Counterfeiters — both were nominated for various awards and one even won the Special Jury Prize at the California Film Awards.

One of his short films titled Counterfeiters was released in 2017. The project was based on the story of a young man, Bridger who creates a method of counterfeiting money to save his dying mother.

It was also screened at multiple International festivals including the Phoenix Film Festival, Cannes Film Festival, and Fine Cut: KCET’s Festival of Student Film. Not only the film won many accolades but Bryce himself also received an honorable award of Best Actor.

Furthermore, Bryce also made an appearance on Netflix’s original “Too Hot To Handle.” In the reality show, contestants were chosen to stay in a luxurious villa without any means of physical contact.

Moving from his fame, Bryce Hirschberg made an estimated net worth of $350K.

Well, let’s move out of his career to unveil his personal life. Sad news for the ladies who had an eye on the handsome hunk because Bryce began his relationship with one of the “Too Hot To Handle” contestants.

Around late-April 2020, the public realized that the mystery lady was none other than Nicole O’Brien. Yes, you read it correctly!

Talking more about their relationship, on the show, Bryce and Nicole barely connected and were not seen together much. However, after the series wrapped filming, they fell for one another and began engaging in a long-distance relationship.

During the show — off-camera, of course — Nicole admitted that Bryce was not her type. However, getting to know him more and more made their bond and connection irresistible.

Bryce and Nicole practiced long-distance dating from April 2019. A year later, the relationship between them was stronger than ever. 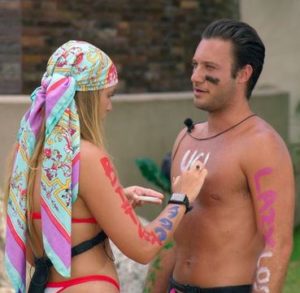 Once the show premiered in April 2020, Bryce and girlfriend Nicole finally spoke about their relationship publicly. The fans were also eagerly waiting for them to share more about their love life.

During their year-long romance, Bryce and Nicole were living miles apart. While he resided in California, she split her time between London and Ireland.

For their part, Bryce and Nicole did everything to make their relationship work. Over time, the toll of long-distance quarantine and border restrictions proved too much for the pair to handle. In late-May 2020, they finally announced their split.