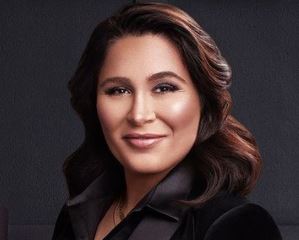 Bravo’s Shahs of Sunset was back for its ninth installment and the season it brought us a new face London Laed  — a Persian boss lady, more than equipped to handle her own amongst her friend MJ’s crew.

So, who is she? Get to know all about her over this London Laed wiki.

London Laed, full name Jessica London Laed, was reportedly born in 1988. That made her 33 years of age in 2021 as she first appeared on Shahs of Sunset.

Shahs of Sunset star, London Laed’s Bravo profile stated that she was raised in Los Angeles, London sharing a complicated relationship with her divorced, conservative parents. Though she didn’t talk much about them, it seemed that she was on good terms with her mother. In September 2018, she shared a pic alongside her mom over IG, captioned, “Mom and Twin?”; and indeed her mom looked young.

As for her father, he was a diamond wholesaler who liked “dark” music.

Aside from her mother, London was also on good terms with her grandmother whom she regularly featured over her IG. London called her grandmother “Moman Touran” (with love) and also the fans were loving seeing episodes of her.

In 2021, London resided in Beverly Hills.

Trivia: London is the only child born to her parents.

London Laed On Shahs Of Sunset

Bravo’s Shahs of Sunset season 9 premiered on May 16th, 2021, and London Laed was finally welcomed by the Shahs to their lions’ den. Over the season, London was seen being as helpful as she can, but her resilience was put to the test when the group called her out for her overbearing ways.

As for her profession, London is working as a licensed marriage and family therapist and empowerment life coach for over 3 years at True Therapy + London’s Life Coaching in 2021. Before that, she interned as a psychotherapist in private practice under Rachel Barr and Deanna Gal in 2018.

Also, London has been the psychotherapist and group therapist for La Ventana Treatment Programs, The Center for Professional Counseling, and Cliffside Malibu.

In light of her education, London attended The Song Writing School and The Scratch Academy in 2013. Then, she went on to join Santa Monica College for her Associate of Arts degree from 2006 – 2008. Finally, she completed her Bachelors from Loyola Marymount University in 2009, followed by her Master’s degree in Clinical Psychology from Pepperdine University Graduate School of Education and Psychology.

According to London, her fascination with human behavior began at the age of 14. She mentioned that she was exposed to a deeper understanding surrounding the importance of support systems as a vital part of a patient’s healing, regardless of the disorder from an early age.

As of 2021, London’s rate for her coaching as a licensed therapist was $400 per session per person. Just in case you are curious, an average salary of a marriage family therapist was around $54 thousand then.

When London wasn’t coaching, she spent time as a salsa dancer.

Yes, London Laed is a lesbian. Even her work tag wrote, “Learn to romance a woman from a woman who loves women.”

Growing up in a Jewish household, London had a tumultuous childhood. She knew that she was lesbian since 6 but couldn’t come out of her shell until she was 13. Also, her parents divorced right around the time she began to discover herself. So, it was a tough journey for London overall.

London Laed wasn’t married as of 2021. However, she had already found her other half then named, Lilian Serpas. The two reportedly started dating in 2017, and London labeled Lilian as her “girlfriend” ever since.

As for how they fell in love, London shared that she knew that Lilian was the one, the moment she saw her framed quote,

“‘The universe is always rigged in your favor’ -Rumi.”

And the rest is history.

It seems Lilian believed in a higher power and the universe, and London was her “energy warrior” who held them together. Also, London mentioned that they were “the perfect balance of yin and yang”, who just took time to implement their relationship skills.

The duo was happily in a relationship as of 2021, and they also shared a cute little Poodle named Cleo. 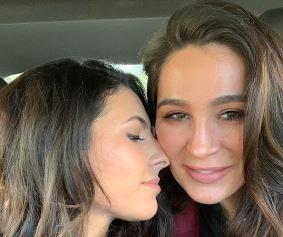 Little info about London’s girlfriend — Lilian Serpas is an MPH, PA-C who worked as a Physician Assistant and Public Health Clinical Researcher. She is a Certified Physician Assistant from Western University of Health Sciences who has extensive clinical research experience and has built a strong health care foundation.