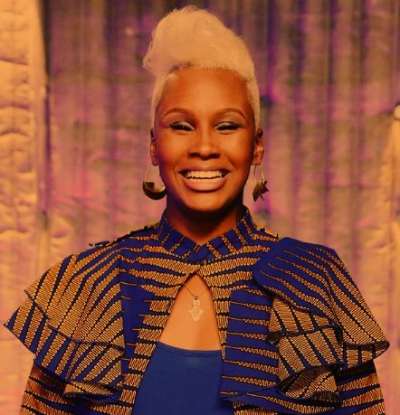 Having studied Whitney Houston all her life, the vocalist and bassist could not keep it cool when coach Nick Jonas compared her to the “My Love Is Your Love” singer-songwriter.

Here’s this Pia Renee wiki about the singer who immediately cried afterward and says, she is “still undone” from hearing that compliment.

During the blind audition, Pia Renee sang Stevie Wonder’s “Master Blaster” receiving two turned chairs from judges John Legend and Blake Shelton. She chose to join Team Legend and made it all the way to the live shows (as of May 18, 2021).

She won her Battle against Christine Cain singing “Baby” by Brandy. For her Knockout performance, “What the World Needs Now Is Love” by Jackie DeShannon. The very battle that she won against Ciana Pelekai had received her such golden words from Nick Jonas.

Again, she was saved by coach John Legend during Live Playoffs against Jazmine Sullivan. And, for the Semi-Finals, i.e. on 17th May (2021) she sang “Turn Your Lights Down Low” by Bob Marley & Lauryn Hill.

Because Pia Renee celebrates her birthday on Nov. 30th, every year, she is a Sagittarius. Also, she reached the age of 37 in 2020.

Pia Renee grew up as the oldest of eight siblings in her hometown of Chicago, Illinois. Currently (that is as of May 2021) she lived in Villa Park in Illinois. For some reason, she was primarily raised by her grandmother.

During Knockouts, and before she sang her piece, Pia revealed she recently lost her mother and was channeling that emotion into the song.

On Jan. 12, 2021, Pia tribute her mother’s memory writing, “I see you when I look at my sisters, I hear you when they speak. You are not gone and will never be forgotten.” Pia also said, her mother was a beast of a woman who overcame “many mountains, fought many battles and won.”

Pia also keeps talking about her “mama’s mama”, who not just primarily raised her but also passed down her love for music. Mother to her as well, Pia wrote in an Instagram message, that her grandmother sacrificed her pension, enjoyment of her retirement, and her own peace of mind to take care of Pia and her siblings.

Stylish Pia Renee stands to a height that is taller than 5′ 9″. Noticeably, she dyed her hair silver which is otherwise black and texture-wise, corkscrew-coiled kind of curly.

Pia Renee could be spotted on Instagram, Twitter as well as Facebook and as of the date, she amassed the highest number of followers i.e 12K on her Instagram handle. Not to miss, she also displayed her musical abilities on YouTube and Sound Cloud.

Again, at 18, she had her second child, and music continued to remain the least of her priority while she worked to make ends meet for her family.

It was not until her early twenties that Pia began to pursue her passion professionally.

At the age of 23, she enrolled in the music program at Harold Washington College. Further, Pia studied bass guitar for a year, began playing with a local Reggae Band, and also sang background for many others.

In 2007, she auditioned for American Idol. Her televised audition impressed judges Randy Jackson and Paula Abdul. But because Simon Cowell was not as impressed she was not selected. By then, Pia had already started receiving invitations to perform background for the likes of Ethiopian Pop artist, Teddy Afro.

Now, alongside The Voice credits, Pia also has the commercial voiceover actor and realtor job to go back to. In 2019, she also appeared in the fifth season of the musical drama television series Empire.

This way, Pia Renee, who also auditioned for Season 20 of The Voice, collected almost an estimated $750K net worth (before May 2021).

Pia Renee coined herself as a servant of Love and that made her fans curious about her love life. But, the terms husband and boyfriend have never been mentioned in Pia’s life tale thus far.

For now, all we know is, Pia Renee is a proud single mother of two kids. Her son is the eldest who is also academically better than her youngest i.e. daughter.

Often Pia is spotted with the likes of “these two make me so proud to be a Woman. I have the extremely humbling opportunity to be a Mother to two amazing people” motherly quotes on her social media.

Pia Renne feels pride that she “got some gorgeous children!” (PIC: Pia’s IG)

The kids are all grown up but still way mature for their age. (Eldest one turned 21 in Dec. 2020)

Pia’s daughter claimed she is Pia’s greatest achievement. Also, the young one seemed aware of their family’s situation i.e their father is not in the picture. Pia’s daughter referred to her absent father as “The Other DNA Giver”.