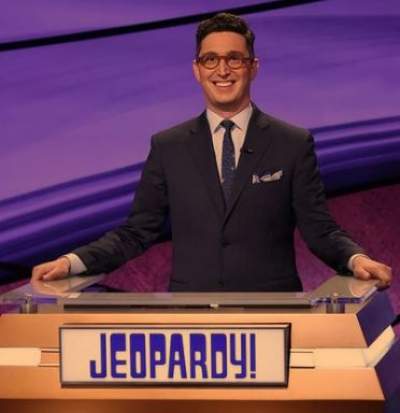 Buzzy Cohen is back on Jeopardy! for its 2021 Tournament of Champions. For a change, he makes a guest host appearance this time. The new episodes for the television quiz show would air from May 17-28, 2021.

Initially, a recording music industry executive Jeopardy! gave him the media attention and success he had never otherwise imagined.

Keep reading this Buzzy Cohen wiki and discover his history with the show.

Buzzy Cohen comes from his hometown of Short Hills, which is located within Millburn Township, in Essex County, New Jersey.

Even though he is better known by the nickname ‘Buzzy Cohen’ his real name is Austin David Cohen.

Austin said, his parents were very into the ’70s and ’80s TV sci-fi, hence the name Austin, from Steve Austin. Also, they named their daughter and Austin’s sister Lindsay inspired by Lindsay Wagner from The Bionic Woman.

Since the time Austin’s mom was pregnant with him, his dad started to call then yet to be born Austin ‘Bozo’ which later ‘Buzzy’. The reason being Austin was born Cesarean.

Growing up, Austin had a religious Jewish upbringing just like his father. But, his mom, a former lawyer, was not as much part of the Jewish culture.

Meanwhile, today, when asked how Judaism fit into his life today, he said he has been engaging in this newfound Afro-Brazilian spiritual tradition, Umbanda. He is also a part of IKAR, a leading-edge Jewish community in Los Angeles.

Regarding Buzzy Cohen’s political inclination, one could not say with certainty if he is a Democrat or Republican. It’s possible he did not share this piece of information because he is already divisive among fans nonetheless. And maybe, he does not wish to alienate even more people.

Buzzy Cohen himself confirmed that he stands to a height that is above 6 feet (1.83 meters).

Before May 2021, Buzzy Cohen was reported to have collected a $1.5 million net worth.

Buzzy has been operating as the founder of The Teenage Diplomat as of July 2016 after he left his job as managing director at Squeak E Clean Productions, Inc.

Formerly, he worked as an associate director at Music Resources at EMI Music Publishing and creative director at Domino Records.

Everyone knew the exact tons of money Buzzy Cohen won for his previous participation in Jeopardy!. But, it’s too soon to quote the salary he will be presented with for his new role.

All we know is the allotted $250,000 prize, will be matched and donated by the show to Hope of the Valley Rescue Mission’s new Trebek Center.

Anyway, 2021 officially marked Buzzy Cohen’s retirement as a contestant. Because as per the rule of the show, he will no longer be eligible to compete after his assignment as guest host.

Soon, after he won his first prize in the show he became the fan-favorite and was dubbed “Mr. Personality” by the then show’s host Alex Trebek.

Just so you know, the late Alex Trebek, who died in Nov. 2020 from pancreatic cancer, made $43,000 per episode as a host on the show, just a few months before his passing.

At the time of this writing, i.e. in May 2021, Buzzy Cohen continued living in a sunny, retro home in Los Angeles, California with his wife Elisha (Beth) Levin aka Sheila. So, Buzzy is not just married but happily married. He says, marrying Elisha was the best decision of his life; that, had it not been for Elisha, he would have been in a totally different place even career-wise. He confessed if he had not met her, so much would not have happened. 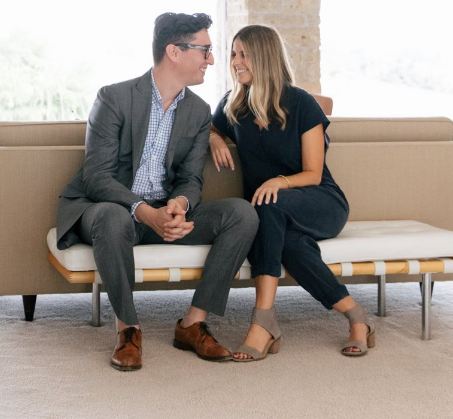 Just like Austin, Elisha grew up Jewish. Besides being the daughter of an atheist, progressive and Conservative rabbi, she is a marketing and communications pro.

The couple tied the knots sometime in 2011. They also have a daughter Lucerne, that is the French name for alfalfa, a plant that has really pretty purple flower. Although Elisha also said, she and Buzzy call her ‘Louie’ a lot. What’s more, Lucerne’s middle name is ‘Rae’, named after Elisha’s most beloved grandma Rae.

Meanwhile, Buzzy Cohen, on his Facebook profile, listed a handler with the name ‘Prudence Prim’ as his daughter.