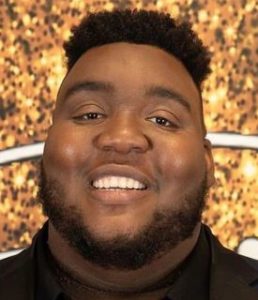 Fame might have its pitfalls but when a caretaker from a small town in the American south reaches its doorstep, the story is always inspiring. Today, there is a story of Willie Spence, a young singing sensation made famous by American Idol.

Read this Willie Spence Wikipedia and become familiar with the young singer including the details about his girlfriend, his family, and his weight loss journey.

And because of his June 18 birthday, his zodiac sign was Gemini.

Willie and his mother shared a special bond. He actually learned to sing from her as she was also a singer. He also loved to go swimming with her. His father is a chef. Admittedly, his parents did a lot for him, sacrificed a lot for him to reach where he is today.

Willie learned to sing from the early age of 2. He started out singing at his grandfather’s church. His grandfather, from his mother’s side, Willie R. Singleton, was a paster. He passed away in March 2021, but even after his death, he was still young Willie’s hero.

As far as we know, Willie did not have any siblings.

Let us talk a little about Willie’s physical features. Willie stands at a slightly above the average height of 5 ft 11 inches. Throughout the years, Willie had had difficulties with his weight. He was even bullied because of his weight.

A little before his American Idol audition, he found out that he had fluid in his lungs and his weight was really going to cause him some serious health problems. At that time, Willie was 600 pounds (272 kgs).

After that, he started to work out, adopted a healthy eating habit, and even hired a trainer to help him in the process. Willie Spence was able to reduce his weight from 600 to 400 pounds (181 kgs).

400 pounds was still an unhealthy number for weight. Some users in Reddit seem to suggest that he should have worked for about a year to reduce his weight and auditioned the next year.

Of course, that was said for Willie’s own good but at this point, Willie was feeling better. And he was working out and singing and winning everyone’s heart at the same time.

Willie had a massive social media reach. He had a huge following across almost all major social media platforms.

On Twitter, as of May 2021, Willie had 12.3k followers. Similarly, on his Facebook page, he had 72k likes and 79k follows. But it was on Instagram, he was the largest with 482k followers.

He also had a Tiktok account with 37.1k followers and 103.4k likes. And his Youtube channel had 551k subscribers.

From the day he auditioned, Willie has impressed the judges and fans of American Idol alike. For the audition, he sang Rihanna’s Diamonds. He had not even finished singing when judges burst out in his praise and calling him to the next round.

In the next rounds, he sang songs like John Legend’s All of Me, Rihanna’s Stay, Beyonce’s I was Here. That brought him to the knock-out rounds. In Top 24, he sang Wind Beneath My Wings by Bette Midler and The Prayer by Celine Dion. Again, he easily got into the Top 16.

Singing on Top 10, Willie performed “Circle of Life” by Elton John and made it to the Top 7, where she sang “Yellow” by Coldplay and “You Are So Beautiful” by Joe Cocker. The Top 4 round witnessed Willie sing a duet with Grace Kinstler as well as “Glory” by John Legend and Common.

Throughout his American Idol journey, Willie was impressing judges and never looked to be in danger of elimination. Pundits even went on to claim that Willie was most likely going to win season 19 of American Idol. Sadly, Chayce Beckham received more votes than him in the finale. Performing for the last time, Willie sang “Georgia on My Mind” by Ray Charles, “A Change is Gonna Come” by Sam Cooke, and “Stand Up” by Cynthia Erivo.

Willie has also appeared on The Steve Harvey Show.

As of 2021, Willie Spence’s net worth was only about $100 thousand. But that was a long way from a struggling young man in Georgia.

Willie got his high school education from Coffee High School in his hometown of Douglas, Georgia. He later went to Florida State University for college.

Before auditioning for American Idol, Willie was living in Georgia and working the job of a caretaker. The American Idol audition not only gave him entry into the show but also made him a viral sensation.

The video of him singing Diamonds before the audition was so popular that even if he does not win American Idol, he had got a massive fan base and audience for the music he was going to make. And he was making a lot of music actually.

Willie had released his first EP called The Voice, which the readers can find on Spotify or his Youtube channel. The EP had seven tracks, including the single Champion.

From his caretaker job, he was trying really hard to make his ends meet as the average caregiver in Georgia earns just about $11. Now it was not even been a year since his viral audition, he is earning 4.5k per month from his Youtube channel only.

Willie Spence Girlfriend, Is He Gay?

If Willie Spence is gay, he is a closeted gay. If he is not, well… he is not. So far, Willie has not revealed anything about his romantic life, no girlfriend or boyfriend.