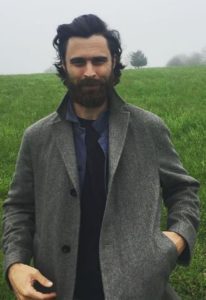 An art curator by trade, Ben Shattuck gained overnight stardom first as the boyfriend of Jenny Slate and then as her fiance, and baby daddy.

This Ben Shattuck Wikipedia highlights his net worth, age, and height.

In September 2019, Ben Shattuck popped the big question to his girlfriend Jenny Slate. The duo was on a romantic trip to the South of France.

Unsurprisingly though, the “Venom” actress accepted the proposal when the art curator presented her with a vintage engagement ring. Mounted on a gold band, the ring has a dark stone in the middle.

Via Instagram, the engaged duo shared photos from the day. While Ben posted a series of snaps from their trip across the globe, his now-fiancee Jenny labeled him “the kindest and the brightest.” 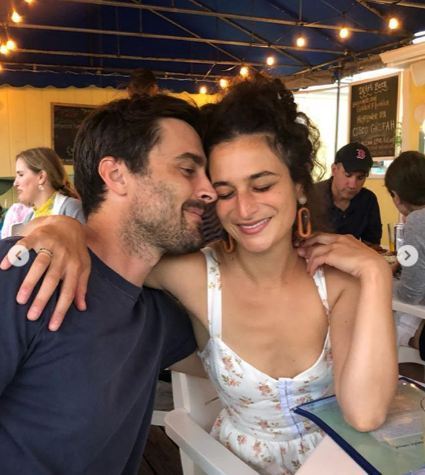 Fans flocked to Ben and Jenny’s social media and congratulated the pair on getting engaged.

The news of Ben and girlfriend-turned-fiancee Jenny Slate’s engagement came less than a year after they commenced dating.

In early-2019, the lovebirds’ romance entered the public realm. They debuted their romance at the 2019 Sundance Film Festival.

Between 2012 and 2016, Jenny was married to her comedian and ex-husband Dean Fleischer-Camp.

In Dec 2020, Jenny Slate revealed she was pregnant and expecting a child with Ben Shattuck. Appearing on the “Late Night With Seth Meyers,” she shared— “Let me tell you, on night one of the lockdown, we had a really romantic night of being together, really sweet with my fiancé. And then I did what everyone else did. I kind of hunkered down and baked a lot of bread. But I just want to say I think I might have baked too much bread or eaten too much bread. You tell me, Seth.”

Jenny then showcased her baby bump. As she did that, the actress said— “It’s different. I feel different. Um, how have the exact last nine months been? They’ve been real pregnant for me.”

On 3rd Feb 2020, Ben became a first-time father after Jenny gave birth to a baby girl. Joyous about raising a daughter, Jenny told Entertainment Tonight that motherhood was the most important thing that has happened to her.

Shot to fame because of his romantic dealings with Jenny Slate, Ben is an enigma. His family’s roots and upbringing are private affairs — made more difficult by the fact that he doesn’t own a Wikipedia page.

According to this mylife.com profile, Ben Shattuck turned 36 years of age in 2020. Meanwhile, he grew up celebrating his birthday on 26th March.

On his 36th birthday, Jenny took to IG and penned a beautiful tribute. She wrote— “Happy Birthday to a kooky MA prince, the man called @benshattuck_art who has his birthday one day after my own and who has made my life extremely good and fun and who is my cosmic twin.”

Jenny then added— “You are the most excellent, Ben Shattuck, and so is your mustache. Hubba HUBBBBBBAAAAAAA.”

Although very few people knew of his hometown, Ben lived in South Dartmouth, MA circa 2020.

Given how Ben went to Cornell University for a college education, his biological parents must’ve been well-off.

A multi-talented individual, Ben Shattuck is an artistic soul. Besides holding the job as the art curator at the Dedee Shattuck Gallery, he is also an accomplished writer and a revered still painter.

Although not confirmed, Ben Shattuck reportedly owns above $800 thousand in net worth. Meanwhile, Jenny Slater has an assumed net worth of $5 million.

Discussing his social media reach, Ben had accumulated 13.8 thousand followers by Dec 2020. However, he enjoyed lesser fame on other platforms.