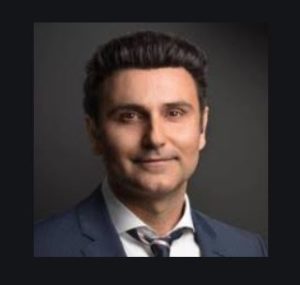 In the brink of lacking the control on the Coronavirus epidemic, two physicians and researchers from Los Angeles, California became viral in April of 2020 with their shocking findings.

Dr. Artin Massihi and Dr. Dan Erickson uploaded their video on YouTube where they urged to put an end to shelter-in-place conducts.

The finding they came up with created quite a controversy among the medical research society all over the world. Several countries that believed and were strictly practicing social distancing became perplexed with the outcome of their research.

Among the two, we’ve created the wiki-article on the life of Dr. Artin Massihi to help readers learn more about him and his credentials. To delve into his wiki, start with a short bio we’ve prepared for you.

As per Artin’s date of birth, his zodiac sign is Virgo.

Dr. Artin Massihi was born to his anonymous parents whose details are yet to see the light of the day as of the time when this article was written. However, he was known to inherit Armenian-American ethnicity from his family.

Talking about Dr. Artin Massihi’s educational background, he attended the University of California and graduated with High honors earning his degree in Biological Sciences.

In the university, he earned a research grant from the American Heart Association at the UCLA School of Medicine.

Following that, Artin went on to join the Loma Linda University School of Medicine. There, he received the Walter E. Macpherson Society research grant, the second grant during his educational pursuit. With the grant, he conducted orthopedic surgery research.

Getting into Artin’s career, following the graduation, he set out to explore the field of emergency medicine. He was dedicated to serving in the field of acute illness and trauma which became possible when he got certified by the American Academy of Emergency Medicine.

From 2005 to 2008, Artin spent 3 years to complete his residency at the Kern Medical Center Department of Emergency Medicine. He was even featured in the local news outlet for covering emergency care while he was there.

In 2012, Artin and Dr. Dan Erickson co-owned the Accelerated Urgent Care clinic. Both doctors also serve as a physician at the clinic located in Bakersfield.

In comparison to all the platforms, Artin was most active on his Facebook. He garnered 292 followers on the app.

When Coronavirus pandemic was taking over the United States, the Accelerated Urgent clinic focused on testing the patients who showed the symptoms of the virus infection. It became the largest testing site with over 5000 tests since March of 2020.

Based on the test they ran, both doctors advised the local government to revoke shelter-in-place regulations.

The pair’s findings were broadcasted on YouTube which earned over 4 million views in total as of 27th April 2020. They questioned the effectiveness of social-distancing and shelter-in-place which was a polar opposite to the findings and views of most of the medical professionals worldwide.

Both doctors attracted equal support and criticism for their findings.

As of April 2020, no details on Dr. Artin Massihi’s possible wife were unearthed. All of his social media platforms neglected to shelter his private life.

As such, nobody was provided with access to his info. So as of the time of penning this article, the whereabouts and identity of his wife and children are questions with no answers in public records.

Like any other ten contestants, including Johnny Middlebrooks, in the second season of the American version...