Lee Juggurnauth Wiki: Age, Partner, A Place In The Sun 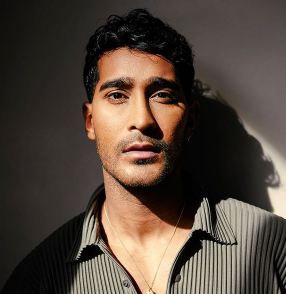 A Place in the Sun has a very handsome man to host the show and he goes by the name Lee Juggurnauth. Lee is a man of many talents and has lived quite a remarkable life up to this point. As a brown skin man, he has stories to tell and inspirations to share with his fans.

So, delve into this Lee Juggurnauth Wiki to learn about the host of A Place in the Sun.

Lee Juggurnauth celebrates his birthday every year on 18 October. He turned 34 years old in 2021. Furthermore, Lee secured Libra as his zodiac sign.

While attending a predominantly White school as a child, Lee endured racism that tormented his childhood. In reaction to it, he thought of proving but he says it was pointless as she grew up. As Lee expressed to Daily Express— “I will always remember one particular incident when I was involved with a school production of Oliver. I was nine at the time. I was one of the chorus boys and we had to look like street kids. One of the teachers asked my mate who he was playing.”

Lee replied— “Oh I am like Lee, I am one of the chorus boys and I need to look mucky”. His teacher then replied to that racially, “Oh no, Lee is naturally dirty.”

More about his family: Lee Juggurnauth grew up with his elder sister Sareena. Lee is the uncle of his sister’s adorable kid who features with him on his socials. The Juggurnauth-siblings are of Mauritian-British ethnicity.

Lee inked multiple tattoos on his both arms. Along with a few written words and what looked like flowers, he doesn’t seem to have tattooed anything on other parts of his body.

Lee Juggurnauth A Place In The Sun

It was the 2018 audition of Lee Juggurnauth that came out of nowhere for A Place in the Sun that gave a glimpse of his career in TV. But, Jean Johanson robbed him of the role but that didn’t affect his belief in himself.

Later, Lee decided to take drama lessons to make himself more skilled and confident in what he was about to achieve. Fate struck again with his music career in halt because of the pandemic, he decided to give ring to a TV network.

The network offered him to present A Place in the Sun and he knew it was fate and fate only. Now in the show, Lee is out finding properties in Spain and thought the show of finding houses went well.

Along with work in the TV and entertainment industry came fame and recognition. Plus, his attractive personality and positive nature attracted people towards him. All of these numbers are visible on his social media.

Lee’s verified Instagram account garnered 25k followers as of this writing in late April 2021. In the same way, his Twitter account earned 381 followers. Plus, he is also on Facebook where he updated his friends and family with new milestones he reached in his life. The platform earned him 49 people following him.

According to online sources, Lee Juggurnauth enjoys a net worth of under $750K.

Before anything else, Lee is an activist speaking against racism. Whether it was press media, or TV interviews, or radio shows, Lee became a spokesperson for the cause that impacted his whole childhood and even his adulthood.

While working on mental health to heal the wounds that he endured as a child, Lee started getting comfortable with himself in his 30. Plus, having strong parents did ease his discomfort and helped pave the lifepath for Lee.

The Brit TV personality’s folks played a huge role in his life for his successful career. His parents encouraged him and motivated him that he was no different and could do anything. He attended Queen Mary’s College In London where he studied French Literature, Spanish, and business studies.

Then Lee joined the London College of Law.

Speaking about choosing his career path, Lee expressed— “And then when I finished, I realized within a week that actually I was very creative and I didn’t want to be a lawyer after all.”

And then his love for music got him an internship at Sony. His hard work paid off as he was promoted to be the manager. Lee worked alongside Lulu and Billy Ocean. He was constantly touring as a part of the management team.

While Lee’s career in the music industry was thriving well, he also took property development in his spare time. He also earned a name for himself as a clothing designer.

Lee Juggurnauth Partner, Is He Married?

Lee Juggurnauth is without a doubt a very attractive man. And surely he was approached by plenty of women who craved his attention. But, we aren’t sure about that special individual in his life he would call his potential partner.

While being pictured with his nephews and niece occasionally everyone except for his family believes they were his kids. But, Lee clarified it later and kept people wondering if he was in an actual relationship.

As of late April 2021, Lee Juggurnauth doesn’t seem to be married. Nor, he shared any details on his dating life.

0 Replies to “Lee Juggurnauth Wiki: Age, Partner, A Place In The Sun”