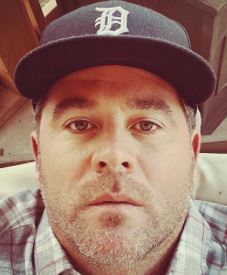 David Nail is an American singer-songwriter famous for his country songs and nominated for a Grammy award for his song “Turning Home“. His other famous song “Red Light” had reached no. 7 on the US country chart.

Read this article to know more about David Nail and familiarize yourself with his award-winning music & wife Catherine Werne!

David’s hometown was Kennet, Missouri. He was born and raised in Kennet. However, he also spent almost the entirety of his adult life in Nashville, Tennesse as a country singer.

David’s musical disposition came from his parents. His father was a very talented multi-instrumentalist musician. Despite his talent, David’s father decided not to pursue a career as a musician. Instead, he decided to become a high school music director and teach young kids about music. In fact, he once taught Sheryl Crow, who was also from Kennet, Missouri.

His mother was also a singer who sang in the church choir. She was also a great woman who taught David about determination and perseverance. When David was felt defeated about his career, it was his parents, especially his mother, who would not hear of it and tell him to keep going.

David had written a lot of songs inspired by his parents in his career. He wrote a song called “Old Man’s Symphony” as an ode to his father. Similarly, his song “Oh, Mother” was inspired by his mother feeling guilty about David’s depression (read the final section).

David Nail is a tall guy standing at an impressive height of 6 ft 1 inch. Among his distinct features include his handsome wide-jawed face and eerie similarity to Chris Pine.

What Is David Nail Net Worth?

Before pursuing his career as a professional musician, David attended Arkansas State University. Before university, while he was still in school, David sang in the school’s choir and even started writing songs.

When he was 20 years of age, David spent a little time in Nashville and the “Music City” wove its magic on him. After college, he moved to Nashville, started to write songs more prolifically, and started to play on odd occasions. It did not take too long before he was spotted by record producer Keith Stegall. And David had a contract with Mercury Records.

In 2002, David released his first single, Memphis. However, since the single did not perform as well, Mercury did not release his album and terminated his contract. After a brief hiatus, David signed another deal with MCA Nashville and released his first MCA single “I’m About to Come Alive.”

David’s fate changed after that. His subsequent singles, “Red Light“, “Let It Rain“, “Whatever She’s Got” and many more. As of 2020, David had 4 albums and 11 major singles. He also had a Grammy nomination for Male Country Vocal Performance for “Turning Home“.

David also had a massive following on social media. On Instagram, he had 74k followers, whereas, on Twitter, he had huge 254k followers. His Facebook page had an even larger following of over 341k.

David Nail married wife Catherine Werne in 2009 and was together with her ever since. He first met Catherine in 2008 when he was on a tour promoting his single “I’m About to Come Alive”.

David was so sure that he had met the girl of his dreams that only two weeks into dating, he sent a note to Catherine’s parents saying that he was going to marry her. More about Catherine: Catherine was from Nashville, Tennesse, and was 36 years of age.

After about a year of dating, David Nail and Catherine Werne married each other in a beautiful wedding ceremony.

The starting of the David-Catherine romance was great but they went through a lot of difficult times after the wedding. Probably the most severe one was David’s depression.

David was suffering from life-long depression but was very reluctant to admit and thus treat his mental illness. As David, himself, admitted later on, during the most difficult times of his depressive state, he was a difficult person to be around. But Catherine stuck by him, helped him get over the disease.

Her dedication and determination to help him over his mental illness finally forced him to admit that he was ill and get help for himself. David did get better after beginning his therapy.

Another hurdle in their otherwise blossoming relationship was fertility issues. David and Catherine were trying to have kids for a long time but were not successful. Eventually, the couple decided to have kids with the help of in-vitro fertilization.

They welcomed their first kids: twins, Lawson Brent, and Lilian Catherine in 2015. The third of their kids, a daughter named Ellie Britton, was born on 19 October 2020. 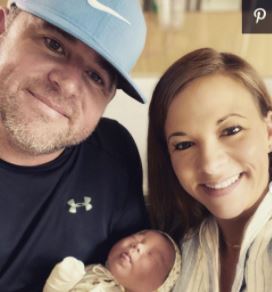 By 2020, David and Catherine had been together for over 11 years, through good and difficult times. And now they were able to extend their family into four. Until now, their relationship looked strong as steel.