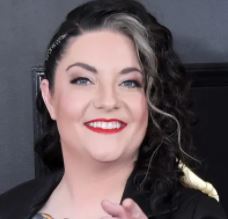 Ashley McBryde is a famous musician, known for her incredible vocals, and songwriting skills. Many people connect to her concept of lyrics writing and the overall creation process.

Most of Ashley’s fans and followers are curious about her early life, how she started her music, her family’s support, her married life, and others. If you’re one of the curious ones, subscribe to the article!

Ashley McBryde was born to parents, William McBryde and Martha Wilkins. Born in the year 1983, the lady grew up in Arkansas alongside her five siblings.

Ashley’s siblings included her brothers, Clay, Kurt, Dan, and Clint McBryde, and also her sister, Aubrey Walsh. Her older brother Clay died in June 2018 at the age of 53. The McBryde family had a hard time dealing with the death of their significant member.

Clay was a graduate of Arkansas Tech University and served as a Russellville Police Department officer for 25 years. Further, the man was also deployed to Iraq for 4 years as the United States Army.

Ashley’s followers solaced the family of the Army man and stood as her back during her harsh time. She mentioned that she felt vulnerable and anxious during the death of her brother. And why not? The person she grew up alongside, lived her childhood with, was no more. Thus, the disquiet she felt was natural for the bad time she was going through. The lady even wrote a song, “Two Birds, One Stone” in honor of Clay.

Talking about her childhood, the lady was inclined towards music at a young age. She started playing her father’s guitar and later got her own. When Ashley decided to carry on with a musical career, her father was unhappy with her. Her father, William wanted her to have a medical career. However, the man, who later suffered from a degenerative disease, felt extremely pleased knowing that his daughter made it to reasonable success in music and was busy with world tours.

Ashley stands at a height of 5 feet 3 inches while her weight is under 62 kgs. She has some unique tattoos styling, that summons her tattoos on arms as well as chest.

Ashley McBryde explained the meaning of all her tattoos in one of her interviews. Her tattoos include her truck and also her dad’s corvette. Besides, the lady mentioned that she regretted having her chest tattoo of an eagle, which means, her fighting of the odds in life for more than a decade.

You May Also Like: Jesse Posey Wiki: Gay, Girlfriend, Height, Net Worth, Age

Although Ashley’s family initially never wanted her to join music, her career progress in the field impressed all the members. She is a singer, songwriter, and guitarist from Mammoth Spring. There is a touch of classic country themes spiced with modern-day spine and rock and roll swagger in her music, as per her bio.

Some of the most famous albums of the artist are Girl Going Nowhere and Never Will. Similarly, coming to her singles, her Sparrow, First Thing| Reach First, Hang In There Girl, etc. are among the most famous ones.

Besides, Ashley also has an online Merch business, where she sells her albums, t-shirts, masks, bags, and some more. The merch price supposedly ranges from about $15 to maybe $25.

All in all, from all her musical contributions as well as merch, Ashley McBryde garnered a net worth of around $1.5 million.

Sneak Into: KingFace Wiki: Wife, Cause Of Death, HIV, Net Worth, Age

Ashley McBryde’s songs have drawn people’s attention to her personal life. However, the lady prefers to keep mum about her dating life, although her professional life has been like an open book to her fans.

There were rumors that Ashley McBryde was either married or dating Andy, of her song, Andy (I Can’t Live Without You). However, Ashley confirmed that Andy was her roommate and additionally an extremely talented guitarist and not her partner.

Whatsoever, many people think that Ashley and Andy share a Platonic relationship. They were always linked romantically and were together ever since their career startups.

Ashley was well aware of the fact that people thought she was dating Andy of not married. Bus she revealed even in her later interview that the song was about her buddy. She also added that she didn’t write much love songs for the reason for the similar misinterpretation.

Looking at how frank is Ashley about her family life and career, it seems like the lady will be honest to her fans regarding her relationship, whenever she feels the necessity.