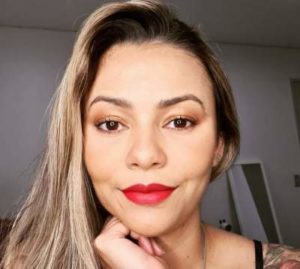 This just in: Dani Soares from Below Deck Sailing Yacht welcomed her very first child in May 2021.

Amid showering her with best wishes and congratulations, her fans or followers of course wanted to know all about her.

So, below is this Dani Soares wiki that covers everything from her baby father to the Below Deck career.

Dani Soares Nationality: Where Is She From?

At the time of this writing i.e. late June in 2021, Dani Sores lived in Sydney, New South Wales.

Originally she is from Brazil and is identified as a Brazilian. Besides, her love for traveling has already carried her to more than 69 countries.

Dani Soares, clearly a tattoo lover and fitness enthusiast, stands to a height of under 5’7”.

Until 22nd June 2021, Dani had the highest of 86.1K followers on her Instagram and less than 2.9K on Twitter. For some reason, she did not participate in the rest of the social media platforms.

Dani Soares has reported a net worth of less than $300K before 2021. There must be many ways she earns her living beside the Below Deck job and the one where she operates as a beauty therapist.

Among them is also her Cameo earning. To add to her fortune, she also launched a Cameo account where she charged $25 for a cameo request and $1.99 for a direct message.

Dani, as a second Stewardess joined season 2 of Below Deck Sailing Yacht. The season covered the lives of the nine crew members who worked and lived in the sailing yacht Parsifal III, under the leadership of captain Glenn Shephard.

Grateful to be working under captain Glenn, Dani came on board, after almost eight years of experience working on the interior of yachts.

Word has it for her role in the yacht, the second stewardess is estimated to make an average of $5,000 per month.

Showing off her baby bump in a black crop top, she chose the words—”It’s just you and I baby”— to caption her announcement. And, because not long ago Dani made headlines for her “boatmance” with deckhand Jean-Luc Cerza Lanaux, many were curious if, in fact, Jean-Luc’s the baby’s father.

We know the season began filming in 2020 in Croatia. So, this is just about when Dani and Jean-Luc met.

As of April 2021, Dani was yet to announce if Jean was in any way involved with the pregnancy.

In one of the April 2021 episodes of the show, Jean had admitted:

“I’m happy to be out with my crew, but I’d rather be hanging out with Dani alone. I haven’t had a serious relationship really ever, but you can definitely tell that there’s something there, the sparkle in her eye or the smile on me from ear to ear.”

Further, he told MEAWW he and Dani had found an “an escape you could say in one another”. Never revealing all, he conclusively ended it as: “I think the viewers are going to see how things pan out between me and Dani really soon so I don’t want to spill the beans yet, you guys just have to stay tuned.”

Dani, meanwhile, in her appearance on Watch What Happens Live with Andy Cohen, hinted she was not looking for a serious romance in the boat. Instead of that, she wanted to have just a bit of fun.

Dani, according to her Bravo profile, is known for letting her feelings get the best of her. But this time with Jean, she seemed even unbothered by rumored boyfriend and co-star/co-worker’s relationship history.

Jean-Luc is popularly known as “the tallest deckhand in yachting” at almost seven feet height, also happens to be the youngest one on the crew.

Dani gave birth to her first child, a daughter, in late May 2021. Via Instagram, she shared a photo of her newborn’s fingers holding her index finger. The accompanying caption read— “She is here. She is perfect. And we trying to figure this thing out. We (are) both healthy and happy. Thank you for all the support ❤❤❤ (I) will post more once mummy had some rest 😂.”

Again, Dani didn’t tag anyone including Jean-Luc who could be her baby father.

On 20th June 2021, Jean-Luc Creza finally broke his silence on Dani Soares’ baby. Via Instagram, he claimed he wants to be around if he is the baby’s father. The admission came around the same time as Dani claimed she would never deny the father of her daughter from being in her life.

It is said, everyone joining the Below Deck for its newest season including Dani Soares, were single throughout the season. However, before that Dani was happily and wholly in love with her boyfriend of fourteen years. Until he passed away on April 17, 2019, at the age of 32 (Dani termed the day as the worst day of her life). 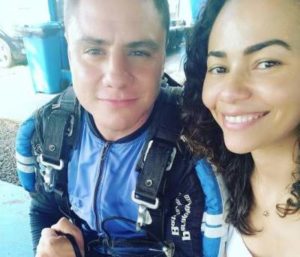 Dani’s late boyfriend went by the name Bubinick on his Instagram where he was last active on Mar. 31, 2021. Dani lovingly called him ‘3000’.