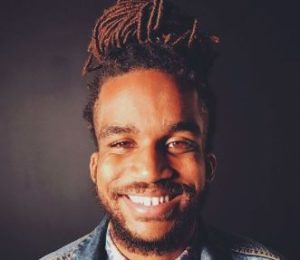 You know it’s a beautiful relationship when you see both husband and wife equally enjoying that one thing they love the most. Well, for The Voice alum Brooke Simpson, and her husband Ray Simpson, it was music that tied them together.

On 22 June 2021 ep of America’s Got Talent, Brooke took a second chance at fame singing Lizzo’s “Cuz I Love You”; and her husband Ray was right there accompanying her on the piano.

But who is he? Delve into this Ray Simpson Wiki to enlighten yourself.

Corresponding to his birthday, Ray is of the Taurus zodiac.

As for the places he lived, Ray is a Texas-born who was raised in Virginia. Then, he moved to North Carolina, and then Tennessee. Finally, he arrived in Los Angeles.

Ray Simpson comes from a family of five. He was born to parents, David and Ruth Simpson, and has two siblings named Joel Simpson and Loquacious Maxwell (Simpson).

His parents are a lovey-dovey couple who celebrates their marriage anniversary on December 25. They even have their social media profile set as “David N Ruth Simpson.” How cute is that? But cute isn’t all they were, in fact, Ray’s dad and mom both are a veteran. Ray once said that he “benefited greatly from growing up in a military family.”

Little more info about his family:

Mentioning his distinct features, Ray rocked his reggae look — dreadlocks, trimmed beard, and mustache. Also, he has tattoos over his chest and arms.

Most of his posts then featured himself alongside the love of his life Brooke; playing music or just being in love.

You might have already guessed; so yes, Ray Simpson is a professional musician. But what you might not know is that Ray is much more than just a keyboardist. He is a guitarist, singer, and producer as well. Most of his songs such as Brown skin, Signs, Cleveland, Better at 70, and many more were produced by him.

When Ray wasn’t writing music, he went to his job at the Riverstone Church in Cleveland, TN.

In light of his education, Ray is a Clover Hill High graduated who went on to study at the Lee University.

We’ve heard stories about lovers starting their journey on Valentine’s Day, but Ray’s story is a little different. He asked Brooke to be his girlfriend a day after Feb 14, 2012, on the steps of an old church in TN.

Two years and a month after they started dating, the duo then tied the knot on March 23, 2014. Celebrating their 7th wedding anniversary Brooke took it to his IG to write:

“My rock. thank you for your loyalty, your conversation, your faithfulness, your love. you make me better. iron sharpens iron (heart emoji) my forever. i love you ray.”

As for their kids, the two shared none before 2021. However, it seems that they were all ready to become parents. Back in July 2019, Ray took it to his IG with a picture of them captioned, “Mom&Dad (no we’re not preggers)”

Just in case you are here as a fan of Ray and don’t know who Brooke is — She is a  singer/songwriter who finished as the second runner-up on season 13 of NBC’s The Voice.