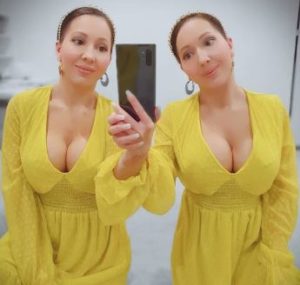 Anna DeCinque is the new star of TLC’s reality show Extreme Sisters and she lives quite an extreme lifestyle that draws the attention of the viewers of the show. The show covered the everyday life of Anna and her identical twin sister Lucy DeCinque who shared almost everything they had.

Delve into this Anna DeCinque wiki article before the show steals all the attention and the charm of her life.

In July 2020, Anna DeCuinque turned 35 years old. She, along with her twin sister, celebrated their birthday on 19 July. Per that piece of information, Anna secured Cancer as her zodiac sign.

Born as one of the twins to father Luigi DeCinque and mother Jeanna DeCinque, Anna hailed from her hometown of Perth, Australia. This naturally made her an Australian national. Their parents were married and lived happily together until Luigi passed away in 2009 because of cancer.

For Luigi and his wife Jeanna, it was hard for them to distinguish between their own daughters. As identical twin sisters, Anna and Lucy had a set habit of doing everything together as if they were programmed to do so.

This was a challenge for their parents making it harder for them to see who was who. These habits made the sisters close together and made them inseparable even as an adult. But, as Jeanna told, the twin sisters struggled to survive growing up.

To be more direct, Jeanna told that they were lucky even to be alive.

As reported, she and her sister loved and were addict to working out. In fact, they used to hit the gym six times a day to stay fit. She weighed about 52 kilograms (114 lbs).

On top of that, Anna was motivated along with her sister to eat once a day. Surely, it impacted their health and might’ve caused some serious problems. Nevertheless, they believed in the No Pain, No Gain policy.

It’s just a little plastic? Right? But when it comes to Anna DeCinque and her sister’s plastic surgery, it isn’t little plastic. The sisters spent almost $250,000 on cosmetic transformations, making them look completely different than what they looked like before plastic surgery. 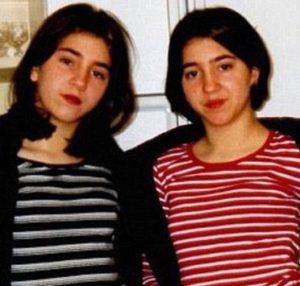 Along with thriving fame, Anna and Lucy opted for the clinical transformation of their body under expert supervision. They got breast implants, lip fillers, hair extensions, plucked and tattooed eyebrows, needled their skin, laser treatment, almost anything imaginable.

But regrets kicked in when they were mocked and criticized for going through so many changes. This made Anna and Lucy instantly regret their decisions to go through plastic surgeries. But, before all of that, they had admitted not being ashamed of going through surgery.

Not only are the Extreme Sisters share things in real life, but they also share social media handles and operated them together. Lucy and her sister Anna earned 64.9k followers on their Instagram platform. The platform had 2,831 posts as of the writing on 25.4.2021.

Anna DeCinque never might’ve thought about establishing a career as an elderly caretaker but she ended up doing it anyway. While all the other jobs of Anna remain a mystery we know for sure she applied for the job of working with old age home.

Along with the application of her sister Lucy, Anna’s application was also accepted. She and her sister, both worked in the same position. They served food to the elderly people which in a way was a very generous act from their side, but the only catch was they took a salary for doing so.

So how much Anna DeCinque made as a salary at old age home? Though the real figure was never made public, the estimated salary two made was almost $50,000 per year. But it was nothing compared to Anna’s total net worth of $1.5 million.

However, Anna and her sister Lucy’s closeness had earned notoriety across Australia. They also received invitations to speak at several local TV stations. This helped made them a local celebrity until TLC approached their new show Extreme Sisters.

The show always laid them the path to pursue a career as a social media influencer.

By now everyone knows Anna DeCinque shared a close bond with her sister Lucy. But they took it to a whole new level when they also shared the same boyfriend. The Extreme Siststers started seeing their boyfriend Ben Byrne seven years before the time of this writing in late April of 2021.

Anna and Lucy left people wondering about how they ended up deciding to share the same boyfriend. Nevertheless, they agreed and they are happy and got even closer together.

Talking about Ben Byrne, he worked as an electrical engineer. Since he was very good with kids, Lucy believed Ben would make a great father.

But an even more interesting thing about the trio’s relationship would be pregnancy. Anna, along with her sister, understood the dilemma behind their relationship and pregnancy. While they could do everything together, getting pregnant together at the same time was something that wouldn’t be possible.

Both Lucy and Anna expressed their desire to marry the same man and be impregnated by the same man. But, they’ve been slammed online for hat decision. So, does the relationship have jealousy in their relationship?

Anna and Lucy both admitted there was no jealousy as they were both treated equally.