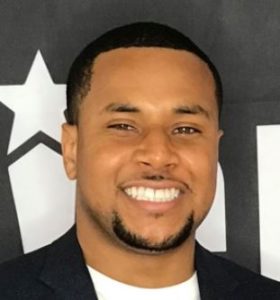 Here is an interesting premise for a reality show, pick 16 people, who are in the real world almost “unmatchable” and match them into 8 couples. Well, Married at First Sight: Unmatchables is doing just that and among the 16 “unmatchables” is Clyde Jackson.

In this article, read everything you need to know about Clyde, including who he was matched within the show, how that turned out, and so much more.

Clyde Jackson was born into a very religious family. His parents were both devout Christian, especially his mother. His mother was Traci McKenzie Jackson who was a published author, according to the description from her Facebook.

So far, we do not know the name of Clyde’s father, but it could be Clyde Jackson Jr. His parents have been married since 1988 and were still together in 2021. One interesting thing about Clyde’s father is that Clyde and his father look very much like each other.

Clyde has one sibling in the family, an elder sister called Almarie Jada. According to the bio on her Facebook, Almarie is the owner and CEO of @Choosejuicuyllc. And she had a BS as well as an MBA degree. She was 34 years of age.

Clyde also has an aunt by the name of Vickie Bryant Hudson in the family. Aunt Vickie is a US Air Force veteran. She had worked as an electronics technician at Robins Air Force Base.

Clyde Jackson is a tall guy, standing at a height of about 6 ft. Furthermore, he has short curly black hair and brown eyes. Also, he has tattoos all over his body.

The thing about Clyde is that we could not find him on most social media platforms. It seems like he was not present on Instagram, nor Twitter.

He did seem to have a regular Facebook profile with 600 friends as of May 2021.

Before moving on to his career, let us start with his education. For his college education, Clyde Jackson went to Georgia Southern University and graduated in 2013 with a Bachelor of Science degree in Sports Management and Business.

We do not know where he went for high school, but Clyde used to be a Homecoming King at school.

Clyde started in Comcast as Business Acct Exec and then was promoted to Business Account Manager. In January 2021, he left Comcast and joined Salesforce as a Business Development Executive. That was the job, Clyde was still working in 2021.

Our sources tell us that the average salary of a Business Development Representative in Atlanta, Georgia was $77k per year. Clyde’s salary must be somewhere around that mark.

Are Clyde Jackson And Evan-Nicole Williams Still Together?

The new spinoff of the show, Married at First Sight: Unmatchables was all about bringing together people who could not possibly be together. The experts in the show did all kinds of makeovers to the contestants to make them fit for each other.

The woman who was matched with Clyde was Evan-Nicole Williams. Evan-Nicole is a successful hairdresser and a boss of her business, but her business ethics and bossy attitude also impeded her relationships.

Evan-Nicole had the habit of interrogating men during dates like one interrogates potential employees. She also had a habit of Facetiming people while shitting on the toilet and eating full meals, to save time. Yikes. That could be good for business, saving time, but for relationships?

And compare such character with Clyde, who was a cleaning freak and wanted women with floors so clean that he could eat off the floor. And although he was an adorable freak, his obsession with cleanliness does not sit well with women, especially women like Evan-Nicole.

The Clyde and Evan-Nicole story was featured on the third episode of Married at First Sight: Unmatchables, which aired on 5 May 2021.

We do not know what happened to Clyde and Evan-Nicole’s relationship after the show. We do not know if they were still together or not.