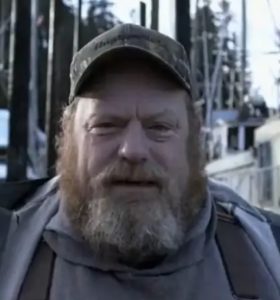 When an average American can’t think of living without the Internet, there’s a small set of Americans who live in a place where there are no roads, no law enforcement, nothing. These people have chosen to live on the edge of the earth, where even their lives are at stake.

Life Below Zero: Port Protection, a National Geographic show, follows the lives of these people and takes a deeper look at their rugged, primitive, and isolationist lifestyle. Timothy ‘Curly’ Leach, one of the town’s residents, is in a focus regularly.

Learn about him in the article below. From his age to net worth and wife info, this Timothy ‘Curly’ Leach wiki has everything you wanted to know.

What Happened To Timothy ‘Curly’ Leach On Port Protection?

While it’s a no-brainer that the residents of Port Protection are better at survival than any average person, that does not mean they are not prone to any threats.

Every cast members of Port Protection live in a very harsh environment. Not only are they exposed to harsh elements of the environment, but there are also cases where they have lost their lives. Take, Curly’s fellow cast member Gary Muehlberger, who died in a fire that burned his home in March 2021.

With that being said, it’s highly unlikely that any bad has happened to Curly. Hopefully, the Port Protection star is very much in his form and is looking forward to making as many fishes and firewood as possible.

Timothy ‘Curly’ Leach’s age was 55 according to spokeo.com. Any other details about him, including his birthday, were a secret as of May 2021. Furthermore, in the absence of his birthdate, his zodiac sign could not be figured out.

Timothy ‘Curly’ Leach was born and raised in Rochester, Washington. However, according to his voter record, Timothy’s residence is listed at Beach Road, Protection Road, Alaska.

After Port Protection Alaska (not to be confused with Life Below Zero: Port Protection) was canceled after airing three seasons in September 2016, Curly, via his Facebook handle, announced that he would be relocating to his home in Washington.

Furthermore, in the Facebook post, he also mentioned his mom and aunt. His exact words were “My goal is to be back home in Washington hugging my mom and my aunt by Christmas.”

His distinctive physical features would be a wrinkled face, big beard, and brown eyes.

Timothy ‘Curly’ Leach was available on Facebook as of May 2021. Curly, however, was not available on Instagram.

Like every cast member of Port Protection, Timothy has his own unique traits. In simple words, he does not believe in money and prides himself on a non-monetary-basted lifestyle.

While Timothy ‘Curly’ Leach does not earn any physical money from his profession, if he were to make any money from commercial fishing his annual net worth would be somewhere around $500 thousand.

Timothy has chosen to keep details about his personal life a secret. However, on November 6, 2014, something strange happened as Curly updated his relationship status to “In a Relationship” in his Facebook handle.

Timothy received lots of best wishes for his new relationship from his friends. One Facebook user commented, “Fantastic.. so glad to hear that,” whereas another one wrote, “You deserve it Curly!”

On May 8, 2016, Timothy uploaded two pictures of a woman, probably his wife or girlfriend. A lot of his friends found the woman to be incredibly pretty. 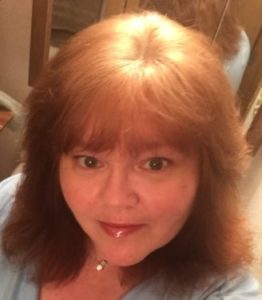 A still of either Timothy’s girlfriend or wife.

As of May 2021, it was not clear if he is married or not. That is why it’s very tough to know if the woman whose pictures Timothy posted on his Facebook handle is his wife or girlfriend.