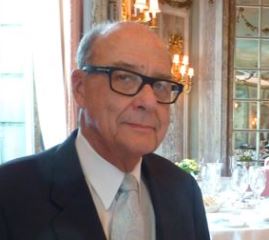 In early-Jan 2021, news broke that Food Network star Kerry Vincent passed away. With the tragedy, the focus shifted to her husband, Doug Vincent.

This Doug Vincent wiki tries to divulge info about Kerry Vincent’s husband including his age, job, and their kids.

With 18th November as his birthday, he was born as a Scorpio.

On his 77th birthday, Kerry posted a photo of Doug and wrote— “What would I have done if Mr.Vincent had not been born? Today he celebrates his birthday and I wish him the very best and a million more to come!”

8 years Doug’s senior, Leslie passed away on 28th August 2020. A graduate of the University of Southwestern Louisiana, he left behind his wife, Barbara Greene Vincent, and 4 kids (all sons). Ordained a deacon in 1996, Leslie served as a Chaplain at Notre Dame Hospice at the time of his death.

Doug and Leslie were born to their parents, Swinford “Jack” and Mabel Hulin Vincent

While Doug lived in Tulsa, Oklahoma as of 2021, his family considered Louisiana as their hometown.

Talking about his political affiliation, Doug was reportedly a registered Independent.

From what we could gather from photos online, Doug stood a few inches taller than Vincent in height.

Receding hair aside, Doug seemed healthy for a man in his mid-70s.

Before her death, Kerry was occasionally active on social media, providing updates on her life.

However, Kerry regularly mentioned Doug on her social media posts. Through them, the fans got to watch the couple lead a blissful married life.

Doug reportedly received his high school education from Rayne High School. In 1961, he graduated from the same.

With Angel Flight, Doug had flown more than 4000 missions across the United States.

Doug also has an inspiring connection to the 9/11 attacks. Read the story here!

Coming to his net worth, Doug Vincent enjoyed more than $500 thousand fortune.

Doug Vincent met Kerry in a crowded pub in London’s West End. About their first encounter, Doug once shared— “I went out one night for a quiet drink with a friend and Kerry happened to be sitting on the side of me, and it’s never been quiet since.”

In April 1974, Doug married Kerry. The details related to their wedding, however, remained a family affair.

Interestingly, there weren’t public records showing Doug and Kerry had kids. Perhaps, the duo chose to dedicate all their time to their craft and charity.

To those unfamiliar: Kerry was born in Australia in 1945. She became a household name appearing as a judge on “Food Network Challenge”. Likewise, Kerry served as the director of the Oklahoma Sugar Art Show.