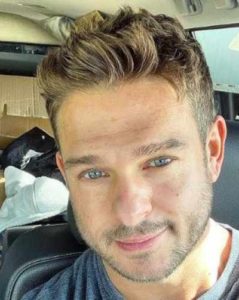 So it seemed Bachelor Nation’s favorite alum Andi Dorfman was off the market!

And despite Andi’s attempt to crop her new man out of the frame, one inquisitive TikTok user helped everyone, solving the mystery, that the man cozying up with Andy was Michael Garofola.

Here’s everything you need to know about Michael and if he was for real dating Andi who is also the former Assistant District Attorney from Fulton County, Georgia.

Michael’s mother Linda Brown-Stabile is a retired teacher who seemed to be learning her way around social media. She is on Instagram and Facebook.

While Michael’s father is not yet on the platforms, we get to see him now and then on Michael’s.

Further, Michael and his family hail from their hometown of Lindenhurst, New York. Also, from his folks, he inherited the Italian-American ethnicity.

He has a sister with the name Cara Stabile, seemingly not biological.

Michael Garofola stands to the good-looking physique of above 6 feet and a lately listed weight of 88 kg or 194 lbs.

More than 21.6K people were following him on Twitter (until 18th December in 2020). On his bio, he described himself as the “Rescue dog dad, attorney, spelling bee champion, & Black Lives Matter advocate.” Also, he warned his fans that his tweets consist of puns, snark, dad jokes, & rants about politics & NY sports.

Further, on Instagram, the Los Angeles occupant had 25.1k followers and shared 969 posts.

As we write this, Michael Garofola worked as the in-house counsel at Acreage Holdings, Inc., which is a multi-state operator of cannabis licenses and assets in the Los Angeles Metropolitan Area.

The site also described him as an experienced trial lawyer and business litigator, with the records of criminal Assistant United States Attorney (federal prosecutor) for the U.S. Department of Justice.

For educational background, he acquired a Doctor of Law (JD) from Fordham University School of Law (2003–2006), and before that, a B.A. graduation in English and Computer Applications from the University of Notre Dame (1998–2002).

This way, with an impressive academic as well as professional scene, Michael Garofola is reported to have accumulated above $2 million net worth.

About Michael Garofola The Bachelorette Journey

At first, Michael Garofola was a contestant on Desiree Hartsock’s season of The Bachelorette. He was eliminated in week 7.

Again, he participated in the 2nd season of Bachelor in Paradise only to get eliminated in week 2. Finally, he competed until the third week of The Bachelor Winter Games.

Rumors of Michael and Andi Dorfman started on 16th December 2020, as she posted this on her Instagram: 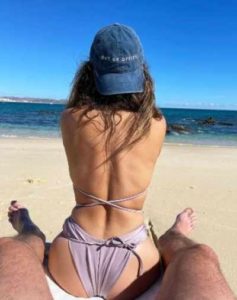 Andi had originally captioned the shot as “No filters allowed in Cabo” never revealing the owner of the hairy legs.

Soon, she deleted the post, again to post it later with the legs cropped and caption, “Now I look topless lol”. While Andi also originally included the hashtag, “#lessonlearned,” she had later changed the caption for the third time, writing, “#outofoffice” and #cropped.”

In the meantime, the sharing—and—deleting sure caused an uproar even resulting in her fans identifying the man as Michael.

But, the romance has not been yet confirmed. In November 2020, Michael relocated to Los Angeles with his dog. Even the move has been assumed as an attempt to be nearer to Andi.

Meanwhile, Andi, who became famous for walking out on bachelor Juan Pablo Galavis in the ninth episode of The Bachelor, was engaged to Josh Murray. The two had turned fiances during the season 10 finale of The Bachelorette in 2015 only to split six months later.

She had opened up to Us Weekly about going on a hunt for a “future husband” with season 14 Bachelorette Becca Kufrin.

While Michael too was openly dating Bachelor Nation alum, AshLee Frazier. (She was called the second runner up on Sean Lowe’s season of The Bachelor). Although each boasted to have met one another organically, not through social media or a Bachelor event, things did not work out for them in the long run.

To which Michael had commented:

“Unfortunately, it wasn’t a match. I live in Miami, and she lives in Houston. It didn’t work. I wish her the best.”

Apparently, they dated for a few months.