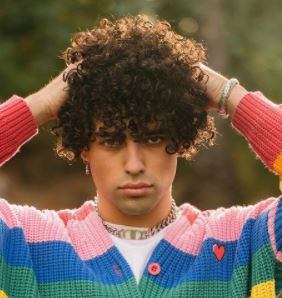 The latest news in July 2021 in the influencer community was that Bryce Hall was spotted kissing Ari Aguirre. And this news arrived only after a week after Bryce shared a vlog in which he kissed guys. Now fans are back on the wagon and speculating that Bryce might be bisexual and this time there is great evidence to think that.

Fans are also interested to know who exactly is Ari Aguirre, this alleged new beau of Bryce Hall. This Ari Aguirre wiki is for those curious fans. Read everything you want to know about Ari Aguirre, including his age, family, height, etc.

Ari Aguirre was born in a very large family of Hispanic ethnicity. But we do not know where in Latin American Ari’s family’s roots were. Ari’s parents are Jennifer Gomez and Darvin Gomez. Both of his parents were business owners and entrepreneurs.

Apart from his parents, Ari also had a lot of siblings in the family, and we knew about four of them. Among his siblings, Ari had two brothers, Alec Gomez and Devin Gomez, and two sisters, Laressa and Alexa.

Ari Aguirre is a tall guy and stands at a height of 5 ft 10 inches. His other distinct features include brown eyes and a dark afro on his head. Also, in 2020, Ari got a tattoo that said “Fuck You” on the inside of his lips. He also mock-apologized to his mother about the tattoo.

Just like the guy he recently kissed, Bryce Hall, Ari Aguirre was also a social media influencer and thus he was huge on social media. On Instagram, he was present as @ariaguirrre and he had 104 posts and 16k followers. On his Twitter account @ariaguirrre, where he was insanely active, he had only 2.2k followers.

Another of Ari’s big presence was on Tiktok, where he was present as @boyarii and had 12.3k followers and 371.3k followers.

Ari Aguirre’s job is basically that of a social media influencer. His Linkedin, on the other hand, says that he was a student at Bishop Gorman School in Las Vegas Metropolitan Area. However, Ari graduated from high school in 2019 and he had not joined any college yet, as far as we know. It seemed he was busy with his influencer career, and kissing other influencers.

Yes, big time. The most obvious evidence is he kissed Bryce Hall but there are also his numerous tweets about being gay. On the first day of 2021 pride month, Ari Aguirre Tweeted, “happy pride month bitches…go be gay”, as if urging everyone to be gay. And a few months before he tweeted, “I hope all homophobes kids turn out gay”.

Ari Aguirre And Bryce Hall: Kissing, Are They Dating?

In July 2021, a short clip of Bryce Hall kissing Ari Aguirre went viral sparking rumors and a lot of gossip for fans. Of course, Bryce was a lot more famous social media influencer and Tiktok star, who was equally famous for his relationship with Addison Rae and his very controversial remarks.

Not even a week ago, Bryce had shared a video in which he kissed 10 guys. Of course, fans started to speculate if he was bisexual and Bryce denied it. Commenting on his video and fans’ speculation, he said, “I am never doing it again cause obviously it doesn’t get views. I guess I have to kiss Riley. I still have to do that. In the next video, we will kiss Riley.” And it looked like he did all that just to get views.

And then a week later, Bryce appeared kissing a guy in public. We do not know who took the photo but it got viral pretty soon. Tara Mongeau, who is a close friend of Ari and also was with them during the outing, retweeted the photo with a funny caption of her own, “I turn my back for 1 second HAHAHAHAHA”. Ari himself made a Tiktok video about his kissing photo going viral.

The rumors about Bryce being bisexual started anew. People were really getting curious about whether or not Ari and Bryce were dating. Well, it seemed like Bryce was still single. And he had not commentated on his viral photo yet.