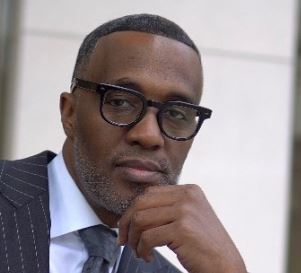 The Self proclaimed “professional image consultant”, Kevin Samuels was labeled “pseudo-love guru” after the internet had enough of his slick-tongued comments aimed at Black women.

As per “thegrio.com”, Kevin allegedly exploited the vulnerability of Black women and objectified them based their attractiveness on height, weight, dress size, and physical features. Also, they claimed that he oozed “toxic masculinity and misogynoir, and internalized hate”.

So, who is he? Learn all about the alleged “pseudo-love guru” as this Kevin Samuels wiki proceeds.

As per his birthday, Kevin is of the Pisces zodiac.

Kevin Samuels’ parents are divorced. After their split, Kevin was more close to his mother rather than his father. No wonder, he often talked about her over his Twitter.

Looking at some of the tweets he made, we’ve figured that his mother celebrates her birthday on Nov 26, and was remarried. In July 2016, Kevin wrote,

“It’s getting real when your mother asks you to style your 70 something stepfather including tie knots. — feeling amused”

Apart from his mother, Kevin never talked about the other members of his family.

Also, it seems that Kevin was still sore about his dad. In June 2018, he tweeted,

As for his hometown, Kevin once shed light on his birthplace saying, “I love my hometown”.

Also, find him on Pinterest @kevinrsamuels, and add him on Snapchat @krsams1.

He first rose to the limelight back in Feb 2020 after being roped into someone else’s online controversy. On Valentine’s day, the comedian and social media influencer B. Simone shared over Instagram a piece of her own dating advice; which according to many, was comparable to that usually dished out by Kevin Samuels.

Since then, Kevin has had a feud with other stars like Dj Envy, Tommy Sotomayor, Dr. Umar Johnson, and Cynthia G, which kept adding fuel to the fire. Moreover, Dj Envy even labeled Kevin as “lame”, to which, Kevin hinted he might pursue a defamation lawsuit.

As for how Kevin started his journey, he used to work as a business development manager at Office Depot. Then, he moved to Supermedia as an inside advertising internet sales representative. Finally, he changed job as a media consultant at YP until he decided to be an image consultant in Jan 2013.

As of 2021, Kevin was providing image consultation and make-over, physically as well as virtually. Go check his page “bykevinsamuels.com” to book a consultation. Or, just subscribe to his self-titled Youtube channel for free videos on life, style, and fashion.

Kevin then had over 886K followers over his Youtube. Reportedly, he earned around $81 thousand to $1.3 million yearly from his channel.

Just in case you are curious, an image consultant in  Atlanta, GA made around $30 thousand per annum in 2021.

In light of his education, Kevin graduated from Millwood High School and went on to study chemical engineering from 1987 to 1991 at the University of Oklahoma.

Kevin Samuels was believed to be gay by many of his fans. Even the American radio and internet talk show host, Tommy ‘Tj’ Sotomayor accused Kevin of being gay and stealing his material.

“Something very sinister is happening with you #KevinSamuels loving males. I ride HARD DAILY for the Black Man – more than most! But you’re upset when I call out this hypocritical Cat face& tell me not to comment!? How dare you!? As you were. #UNFOLLOW me”

Overall, the talk over the internet was that Kevin “gave off a gay vibe”, and they were waiting for a Kevin to be exposed in a gay scandal at any moment then.

In a DJ Vlade interview dropped on YouTube in June 2021, Kevin finally addressed the gay rumors. He labeled the people who spread the rumors as hypocrites and even asked the LGBTQ community to defend him.

According to Kevin Samuels, his first wife was his high school sweetheart. From their relationship, they had one child. Asked why he divorced his first wife, Kevin revealed it wasn’t a good idea to tie the knot in the first place. Admittedly, they were great as friends and have known one another since fourth grade.

7 years after his first marriage, Kevin married his second wife. However, the relationship didn’t bear any child. As for the reason behind the divorce, Kevin cited irreconcilable differences.

Despite the two failed marriages, Kevin told DJ Vlad in a June 2021 interview that he would marry again.

But both of his wives stayed out of the media until 2020. However, that doesn’t mean that there has been no attempt to talk with them. Luckily, Kevin’s ex-wife refused to rat him out at first.

Circa Feb 2021, gossip bloggers claimed that Kevin Samuels’ first was coming forward with wild allegations against him. As reported, she would highlight the fact that Kevin had thousands in back child support.

As for who Kevin was dating then, the IG star @sixthegoddis was rumored to be his girlfriend. The gossips started after Kevin posted a picture of himself and the influencer on a date over his Instagram story.

After seeing the post, many were surprised as to why Kevin was on a date with the 27-year-younger supposedly married woman. Also, a few claimed that Kevin “broke up” the IG star’s marriage.

But as of 2021, it was unclear if they were still an item or ever dated.

While most of his fans were on his case, the YouTuber Oshay Duke Jackson slammed the rumors, stating,

Kevin Samuels kept his married life private. However, it was clear that he has an adult daughter who was attending college in Oklahoma in 2021. Reportedly, Kevin and his daughter (b. 2001) didn’t see eye to eye.