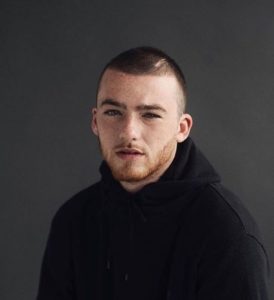 Of all the performances in Euphoria, none seemed to strike more chord with the fans than the character who goes by Fezco or Fez.

A drug dealer who genuinely cares for the people around him, Fez maintains a level of mystique. So does the actor who portrays him.

Let’s scroll through some pertinent wiki details of the man behind the role!

Is Mac Miller In Euphoria?

The “scarred actor” who plays Fez in Euphoria bears a striking resemblance to Mac Miller. 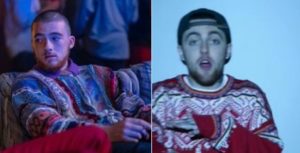 To those who don’t keep with music-related news, Mac Miller is no longer with us. The “Self Care” rapper passed away in September of 2018 due to an accidental drug overdose.

On a lesser somber note: Should anyone want to film a Mac Miller biopic in the future, they know who to cast as the lead.

Does Fez Die In Euphoria?

Season One of “Euphoria” ended in a cliffhanger.

After Nate tells on Fez, the latter gets his stash house raided by the police. Needing the money to pay up his menacing suppliers, Fez robs a doctor (possibly, the same man who deals with the suppliers as mentioned above).

Come the payment time, one of the two “plugs” notices the bloodstain on the bills. There was no telling if Fez died then and there.

Given his role on the show, likely, the writers wouldn’t want to kill Fez. The two goons might do bodily harm to him in season two, but death seems too harsh of a punishment.

Who Plays Fez In Euphoria? Net Worth & Movies

The man who plays Fez in “Euphoria“ is a newcomer named Angus Cloud. While working at a chicken and waffle restaurant in Brooklyn, New York, he got discovered by a talent agent Jennifer Venditti.

To better prepare himself for the “Euphoria” audition, Angus Cloud looked up YouTube tutorials on acting.

Besides “Euphoria,” Angus starred in the film “North Hollywood.” Released in 2020, the movie about becoming a pro skater featured Ryder McLaughlin and Miranda Cosgrove as its lead.

A man of many talents, Angus directed music videos for his rapper friends. He shared the projects on his YouTube page.

Despite being a relative newcomer, Angus Cloud reportedly owned a $250k sum in net worth.

In 2019, Angus confessed that he and Sam Levinson were cooking up something.

Angus dealt with stage fright, before overcoming it.

Even with his burgeoning popularity, a Wikipedia page dedicated purely to Angus didn’t exist. However, he already boasts a blue checkmark on his Instagram handle. As of Feb 2020, over 493k people followed him on the platform.

Talking ethnicity, Angus carries Irish heritage. Both of his parents hailed from Ireland. And as such, the rising actor expressed his wish to meet his Irish side of the family.

Papa and Mama Cloud worked at Oakland-based universities. Angus Cloud hailed from a family of five. He reportedly has two twin sisters.

Getting Into his educational background, Angus attended Oakland School for the Arts. Interestingly, he didn’t study acting there.

Mia Galuppo wrote a profile on Angus Cloud for GQ in August 2019. He was also featured cover in a piece by Eda Yu for Paper Magazine.

Angus Cloud stands no less than five feet & ten inches (178 cm) in height, which makes him as tall as his co-star Zendaya.

As of early 2020, questions about his dating life and past girlfriends eluded the public domain. With time though, it should change.

On 25th 2020, Angus took to Instagram and shared a photo of him holding his godson.