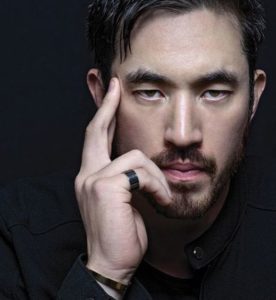 Hailing from Great Britain, Andrew Koji does a little bit of everything. In that, he can act, write films, and even produced them.

Scroll through Koji’s wiki-style biography to learn about the multi-faceted talent!

Born in the late-80s, Andrew Koji spent his formative years in Epsom, United Kingdom. Per his date of birth, he turned 32 years of age in 2019.

Because of his heritage, Koji identifies as belonging to mixed ethnicity. He’s one part English and the other part Japanese.

Raised in a single-mother household, Koji witnessed his biological parents part ways as a kid. His full name is Andrew Julian Hiroaki Koji.

With dreams of becoming an actor, Andrew Koji dropped out of college. He was 19 years old at the time. To solely focus on acting, he even sidelined his martial arts career.

Koji made his acting debut with the 2006 short film “Project One.” In years since then, he starred in numerous movies including “FB: Fighting Beat,” “The Missing Day,” and “20th Century Boys 2: The Last Hope.”

Elsewhere on TV shows, his notable performances featured on “The Wrong Mans,” “Call The Midwife,” “Casualty,” “Jade Dragon,” “The Innocents,” and “American Gods.”

As a writer and producer, Koji boasts credits on projects such as “Finding Akira,” “Hall of Mirrors” and “Above The Waist.”

Despite relative success, Koji felt discouraged by the lack of high-profile roles. All that changed when he auditioned and eventually secured the spot to play the lead character named Ah Sahm on the Cinemax series “Warrior.”

His background in martial arts made him a perfect candidate for the role. 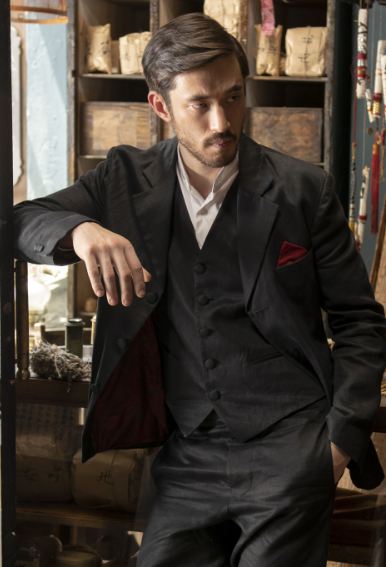 Ahead of the season five premiere of “Peaky Blinders,” it got revealed that Koji would star in the beloved gangster period drama. At the time, the details of his character weren’t revealed.

Admittedly, Andrew Koji feels not being enough good enough for both Japanese and Caucasian characters because of his mixed racial identity.

And perhaps, the same is true of his love life. Either that or Koji enjoys a blissful dating life with a loving girlfriend but doesn’t want to flaunt it.

An extremely aloof individual when it comes to romances, Koji doesn’t seem to face the shortage of wife prospects. While getting married may still be on the cards, he looks focused on his career for the time being.

Jake Manley is a Canadian actor famous for his role as Jack Morton in Netflix’s series The...