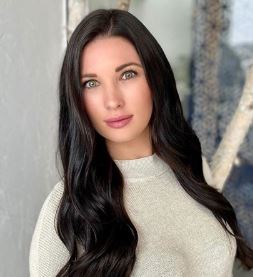 Kayla Hughes skyrocketed to national spotlight cheerleading for the NFL outfit “Kansas City Chiefs.” Upon romantically getting linked to “The Bachelorette” star JJ Lane, she transformed into an international phenomenon.

Read about Kayla Hughes’ wedding, job and family background by digging into her wiki — which is stylized into a biography format.

Up until recent years, Kayla regularly flaunted her mom on social media.

Getting into her family, Kayla isn’t her biological parents’ lone child. Per her IG posts, she was raised alongside a little brother.

After acquiring a diploma from Circle High School, Kayla enrolled at Barton County Community College before attending Pittsburg State University. During her time there, she was on the college’s cheerleading squad.

Graduating in 2015 with a Bachelor’s Degree in Business Administration, Management and Marketing, Kayla Hughes took her cheerleading talents to the NFL.

Having conquered it all and done a great job, Kayla exited from her cheerleading days after two years. The gorgeous brunette announced her retirement via Instagram in March 2018.

Kayla then left for Denver, Colorado to pursue a career in the dental industry doing medical sales.

From February 2018 until January 2020, Kayla worked as a Territory Sales Representative at “Patterson Dental.” Her next gig was at “ENGAGE MOBILIZE,” working as a Sales Executive.

Between May 2015 and August 2016, Kayla had held the job title of B2B Sales Consultant at “Staples Advantage.”

Through hard work and dedication, Kayla had accumulated $400k plus net worth by 2020. 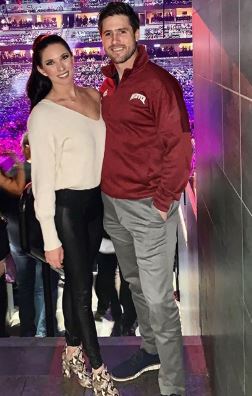 Kayla Lauren and future husband JJ Lane started dating in the Fall of 2017. Before her, the investor banker-turned-reality star was in a year-long romance with Juelia Kinney.

A year into their dating life, “The Bachelorette” Alum admittedly knew that Kayla was the one.

In late-January 2019, Kayla and JJ — her boyfriend at the time — announced their engagement via Instagram. Before getting engaged in Hawaii, the duo practiced long-distance relationship for six months and lived a year together.

Exactly a year and a half as an engaged duo, Kayla and JJ got married in Denver, Colorado. They exchanged the wedding vows in a private ceremony held at the venue venue “Ironworks.”

The milestone marked JJ’s second time standing at the altar. From his previous marriage, he has a daughter named Gemma who was also present at the wedding.