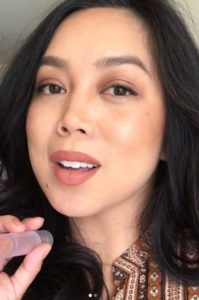 Judy Travis is a YouTuber running three very successful channels— ItsJudytime, itsJudysLife, and itsMommysLife —all on her own. From vlogging to parenting guides, she has it all on her platform.

This wiki-style article brings you the personal and professional details on Judy Travis, so scroll down.

Judy was born in Seattle, Washington on 2 February 1986. She was 33 years old while celebrating her birthday in 2019.

Judi was born in a family who hailed Filipino descent. She was born to Albert Gutierrez and Nini Bihis Gutierrez.

As a child, she went to Marysville Pilchuck High School. She enrolled in the University of Washington and graduated from the same.

Judy Travis started her career as a makeup artist in 2008. At the time, she was in University and working part-time at a makeup store.

With plenty of time, and a platform to experiment with makeup, she enjoyed providing tips on hairdo, makeup tips, and many more.

Then she switched on to vlogging where she uploaded the same content under the YouTube channel, itsJudytime. As of January 2020, the channel has over 1.3 million subscribers. She also does a beauty product review on this channel.

Moreover, after the success of itsJudytime, a beauty and lifestyle channel, she created a vlogging channel named itsJudysLife. It has over 1.6 million subscribers.

In addition to that, Judy started her third channel titled itsMommysLife, a channel dedicated to all the mothers out there. Most of the contents in this channel are created in collaboration with her children.

Judy Travis is estimated to have a net worth over $1.5 million as of January 2020. Meanwhile, she has five feet & four inches+ height.

The married couple met each other through a mutual friend at a Halloween party. Benji was a friend of Judy’s sister’s boyfriend. They hit it off after the party.

After 10 months into getting engaged, they shared their vows on 12th August, 2011 starting their new life together as a husband and wife. 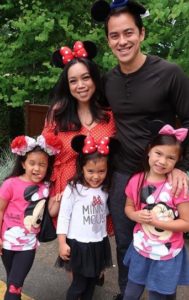 The married duo has 3 three children as of January 2020. Juliana Travis, born on 18 October 2012, was their firstborn. In 2014, they had a twin-child named Miya Travis and Keira Travis.

On 23rd November 2019, Judy made an official announcement of her fourth pregnancy in her Instagram handle. The excited couple also announced with a video posted on itsMommysLife.