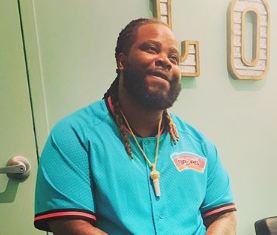 Comedian Darren Brand hit the limelight after joining the cast of the 7th season of “Wild ‘N Out.”

Beyond the “Wild ‘N Out” stint, Darren gets best recognized as the founding member of the group “The Freestyle Funny Comedy Show.”

Darren Brand is a sex symbol. A hit among the gay circle, the beloved comedian doesn’t mind expressing gratitude towards the LGBTQ fandom for their continuous support.

As of late-February 2020, there didn’t any report labeling Darren as a married man. Nor did there exist records that pinpointed any woman as the comic’s wife.

Although still unmarried, Darren seemed to relish quite a dating life with a mystery woman (and possible girlfriend) in 2019. February that year, he placed all the gay rumors to bed by sharing an Insta snap of him kissing a wife prospect. 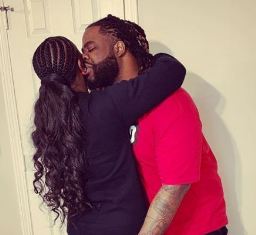 On 23rd December 2018, Darren Brand celebrated his 31st birthday. The world-renowned comic is a Capricorn and was born in the year 1987.

Dareen’s family is originally from Southern Pines, North Carolina. Sadly, no other wiki-type details including those related to biological siblings and parents evade the public sphere.

As a teenager, Darren did everything — from rapping to singing to hosting events. While receiving his college education at A&T, he was voted the funniest student.

Post-“Wild ‘N Out” fame, Darren starred in “Joking Off” and even penned an episode of MTV show “TRL.”

Darren was the live announcer at the 2019 BET Social Awards.

“Darren Brand Leaves Wild ‘N Out” is one of the most Google-searched topics involving Darren Brand.

In 2014, “HBCU BUZZ” listed Darren as Historically Black College and University’s Top 30 Under 30.

Reportedly, Darren was godfather to two boys who regularly featured on his social media posts.

According to his Twitter bio, Darren is the general of the “Nxlevel Lifestyle.”

Who is Teresa Topnotch? Well, she is a comedian with a weird but self-assured surname, but what defines her....