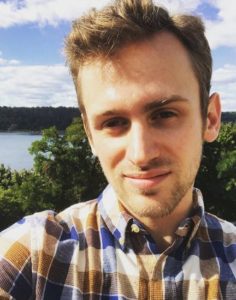 Season four premiere of the beloved drama “This Is Us” introduced a host of new characters.

Of all the new faces, the character Jack Damon seemed the most “eye-catching.”

Son of Kate and Toby, Jack possesses his father’s sense of humor — but thankfully not the hairline.

A struggling musician, Jack’s career trajectory changes once he runs into a waitress (his future wife) at a diner. Sparks fly and the two date before getting married.

Inspired by his experience, Jack pens a song about strangers called “Memorized.” The very song propels him to national stardom.

Upon reading the end credits, fans learned that the character of Jack was portrayed by Blake Stadnik.

Stroll through Blake’s wiki-style biography to learn more about him!

Like his character Jack in “This Is Us,” Blake Stadnik is legally blind in real life as well. He suffers from a condition called Stargardt disease.

According to Blake, his vision is blurry. And because he has blind spots, he finds it difficult to discern colors.

Ironically, Blake’s stated condition and other attributes made him an ideal candidate to play the character of Jack.

Per “This Is Us” creator Dan Fogelman, Blake blew the casting crew away in every way during the audition.

Fans found it hard to believe that “This Is Us” was Blake Stadnik’s acting debut. No wonder, he didn’t even own an IMDB profile at the time. The gifted actor, however, would get one.

Blake may have been a newcomer to the TV audience, but he was an established star to avid theater-goers.

With his foray into the world of movies and tv shows, Blake’s net worth is likely to soar to an unprecedented height of more than $500k.

Starring in season 4 of “This Is Us,” Blake appeared in three episodes.

“Memorized” sang by Blake on “This Is Us” was written by Siddhartha Khosla and Dawes frontman Taylor Goldsmith.

Journalist Louise Carroll profiled Blake for The Times in February 2020.

Because Blake Stadnik’s background is in theater, trolls online didn’t hesitate to label him a gay man.

Discussing Blake’s dating life: Blake once seemed to be very close with his “42th Street” co-star Caitlin Ehlinger. However, there lacks sufficient evidence showcasing that Caitlin was ever his girlfriend.

Adding to the suspicion is the fact that Blake and Caitlin remain absent from each other’s Instagram. 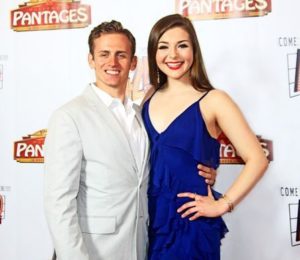 Born in 1991, Blake Stadnik turned 28 years of age in 2019. Possessing Caucasian ethnicity, he hails from Pittsburgh.

At age six, Blake got diagnosed with Stargardt disease — a form of juvenile macular degeneration. By his seventh birthday, he had turned legally blind.

Unfazed by the tragedy, Blake took an interest in stage acting. At his biological parents’ request, he began taking dancing lessons.

As of 7th March 2020, Blake owned 23k followers on Instagram. His bio on the photo-sharing app read “Jedi In Training.”